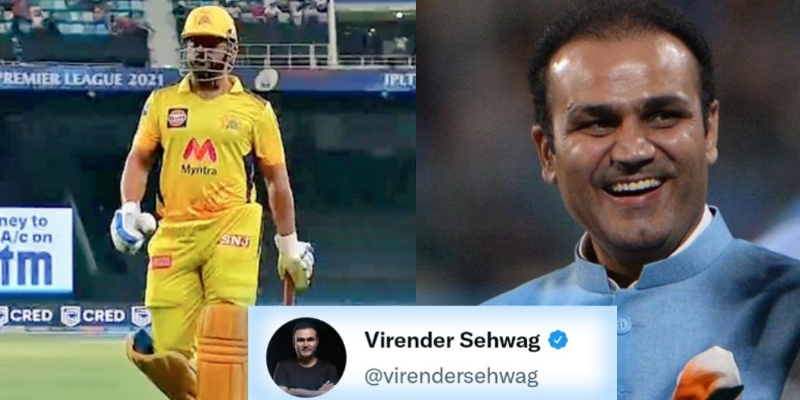 Today, Pollard is leading the team in the absence of Rohit Sharma, and he would be delighted with the way how Trent Boult and Adam Milne bowled during the powerplay overs. The two pacers of New Zealand gave a tough time to all top-order batsmen of the Chennai Super Kings team.

Normally, all teams look to attack in the first six overs, that is the mandatory powerplay. There are only two fielders outside the 30-yard circle. However, a fantastic bowling performance from Boult and Milne ensured that the Super Kings were reeling at 7/3 after three overs. Suresh Raina, Faf du Plessis and Moeen Ali were the three batsmen dismissed.

Ambati Rayudu also got retired hurt, while MS Dhoni departed to the pavilion on the final ball of the sixth over. Reacting to CSK’s batting performance, Virender Sehwag made the following comment, he was confused if it is hockey or cricket, looking at scorecard.

“Hockey chal raha hai ya Cricket.” (Is this a game of cricket or hockey?)