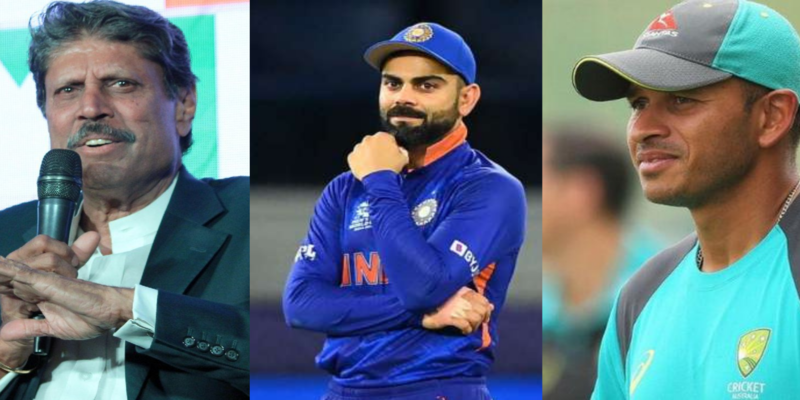 The form of Virat Kohli is becoming a matter of discussion in the whole cricketing world. The former Indian skipper has struggled so far in the last couple of years. In almost three years, he hasn’t played a big inning in any format. His last century came against Bangladesh at Eden Gardens in November 2019. However, since then, it looks like his batting struggles have become the talk of the town.

Many former cricketers and cricket analysts have shared their opinions and have suggested Kohli take a break from cricket. The 1983 World Cup-winning captain, Kapil Dev, has questioned Virat’s place in the side. A couple of days ago, Kapil said that India should drop the 33-year-old if he is not making runs for the team.

The statement caught the attention of many former cricketers and cricket fans. Even the International Cricket Council (ICC) came and shared it on their official social media platforms. However, Australia opener Usman Khawaja, who is currently in Sri Lanka for a Test series, was up to it and responded to it.

Khawaja is currently with Australia, who are playing a two-match Test series in Sri Lanka. The visitors are leading the series 1-0 and the second match is underway. On the other hand, Virat Kohli is in England for a multi-format series. However, he couldn’t do much in the three innings he played. He registered a score of 11, 20, and 1 in the fifth test and second T20I. All eyes will be on him and how he plays in the third and final T20I game against England.