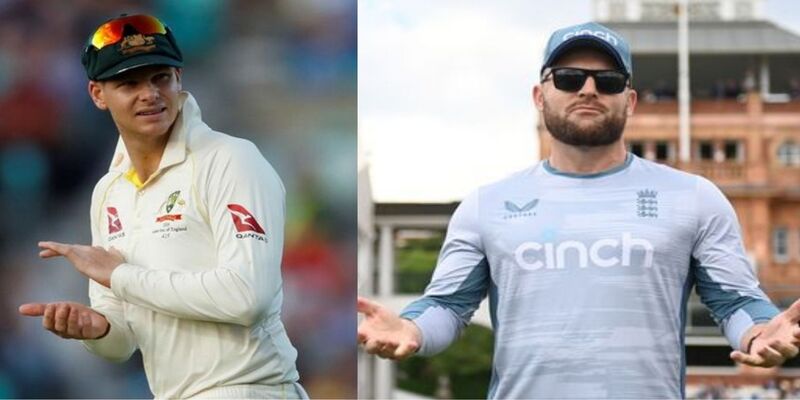 England’s “Baz Ball” approach has certainly brought a revolving in the red-ball format. England have now chased four successive matches with a target of over 275+ runs. They whitewashed New Zealand 3-0 recently and won the fifth test against India, chasing their biggest red-ball target of 376 runs. The common thing in these four wins is the ultra-aggressive approach of Ben Stokes and Brendon MuCullum.

With Stokes as the captain and Brendon McCullum as the coach, the English team has been making runs quickly. Jonny Bairstow regained his explosive form and scored runs at a strike rate of 100. While the former Indian skipper Joe Root also joining the party and irrespective of his slow batting nature, he also making quick runs.

However, their greatest rivals, Australia, have also taken a note of it. But the former Australia skipper, Steve Smith, has some different views on it and has come up with a valid question. In a discussion with ESPNCricinfo, Smith said that it was quite entertaining the way England were doing it.

He pointed out English opener Alex Lees and said that he is also trying to come down the wicket when he is on zero. The 33-year-old added that it’s exciting, but he’s not sure how long it’ll last.

In reply, England’s new coach, Brendon McCullum, also opened up. In an interaction with Adam Gilchrist on SEN WA Breakfast, he said he himself doesn’t know what “Baz Ball” is. He further elaborated that the real key is just the approach. McCullum stated that the way England has gone about business in the last four matches is the real mantra.