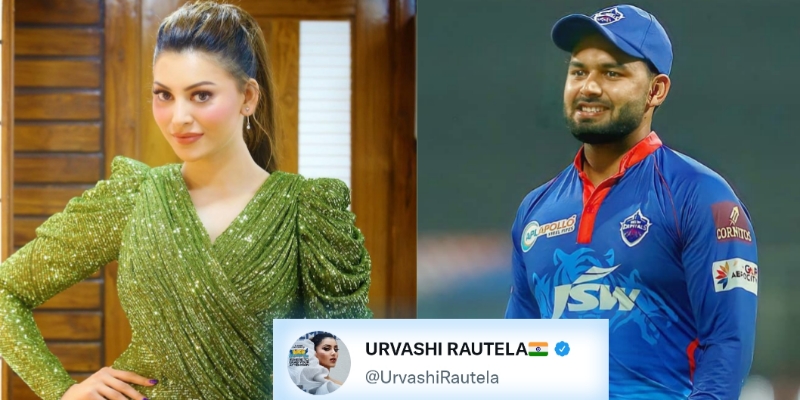 Famous Bollywood actress Urvashi Rautela has made a name for herself with her impressive work in the film industry. The actress had gained the headlines some time ago after SpotBoye reported that she and Indian cricketer Rishabh Pant had blocked each other on the messaging application known as WhatsApp.

While neither Rishabh Pant nor Urvashi Rautela confirmed the reports, it seems there is nothing wrong between the two celebrities if one looks at the recent tweet from the Bollywood actress. Every cricket fan would know that it was the birthday of Rishabh Pant yesterday, and he celebrated it in grand style as under his leadership, the Delhi Capitals became the first team to beat both Mumbai Indians and Chennai Super Kings two times in the same IPL season.

It was a perfect birthday gift for Rishabh Pant from his team because the Capitals are now confirmed a place in the Qualifier 1 match of the 2021 edition of the Indian Premier League. This means that just like IPL 2020, the Delhi-based franchise will get two chances of qualifying for the final this season.

Shifting our focus back to Rishabh Pant’s birthday and Urvashi Rautela’s tweet, here’s how the Bollywood actress wished the Delhi Capitals captain on October 5, 12:55 AM IST.

The Royal Challengers Bangalore are one of the few franchises to have defeated the Delhi Capitals in the 2021 edition of the Indian Premier League. Now, the Bangalore-based team has an opportunity to complete a double over the Capitals.

The Royal Challengers Bangalore and the Delhi Capitals will lock horns in the last league match of IPL 2021. It will be interesting to see if Pant’s team can record another win.