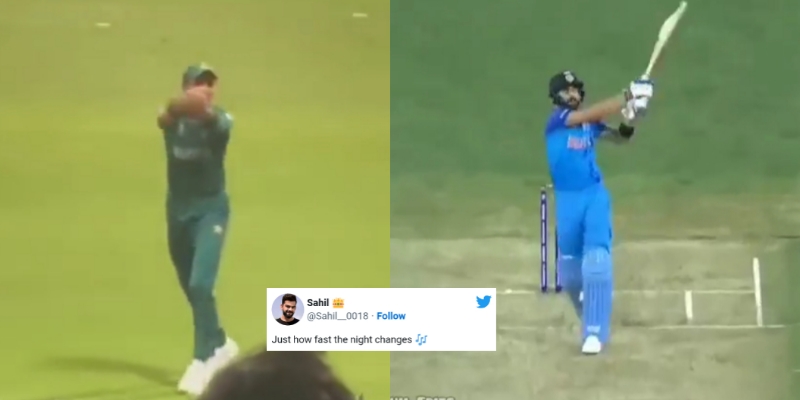 After a huge struggle of the past 2 years, Virat Kohli has found his form back and he is back to normal business and winning matches for Team India single handedly.

That’s what he did when he produced probably his career’s one of the best inning against Pakistan in the T20 World Cup 2022. Kohli played an unbeaten inning of 82 runs while chasing 160 runs to help India win a last over thriller.

Since then, Indian fans have been all praising the former India captain. Meanwhile, in the midst of all that, a video is currently viral on social media in which it is seen that Shaheen Afridi is mocking Virat Kohli by imitating his various shots.

Just how fast the night changes 🎶

Kohli gave answer to him

King for a reason❤❤❤

The beauty of time is it changes every time♥️#INDvsPAK2022 #INDvSA #T20WorldCup2022 https://t.co/EKJE6GSXXr