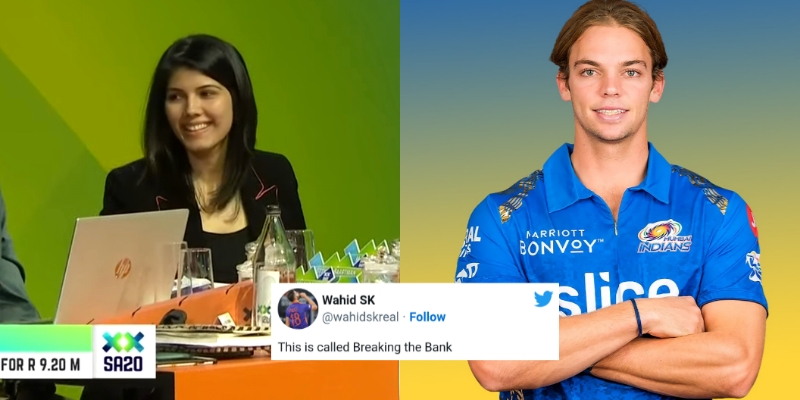 The inaugural South Africa 20 overs league, the SA20 Auction is currently ongoing in Cape Town as the team’s are fiercely to build championship winning team.

The auction’s first set concluded with Marco Jansen getting a big check from the Sunrisers Eastern Cape. However, the Eastern Cape shocked everybody when they broke their bank to get the services of young and a future South African star Tristan Stubbs.

The Eastern Cape’s paid a total of 9.20 Million rands (South African currency), that is nearly 520 thousand US dollar and 41 Lakh Indian rupees. Keep it noted that every franchise have a total of budget of 2 Million Dollars.

Sunrisers Eastern Cape bought Tristan Stubbs for 26% of their overall purse in SA20.

Gujarat Titans’ tweet on Shubman Gill leaves Twitterati confused; fans guess next destination
“As if your team won” – Twitter reacts to Pakistani actress asking for India to lose T20WC match against Pakistan after defeat to Australia
To Top