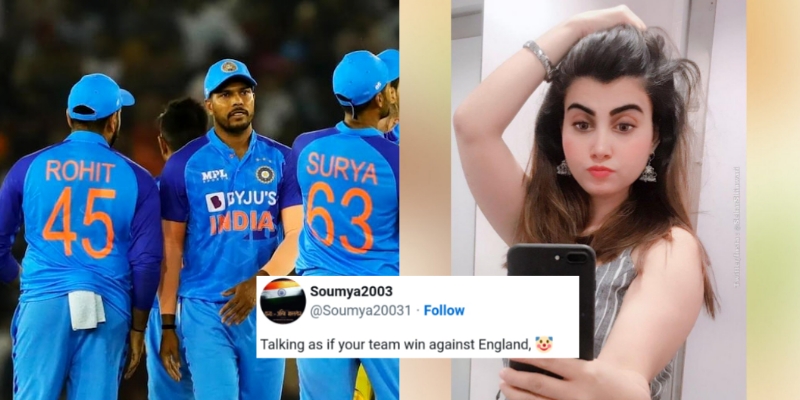 Two of the most successful Asian cricket team’s were in action on the 19th of September against two of the most dominating teams in their own rights as India and Pakistan played Australia and England last night.

However, unfortunately for both the teams, they both suffered defeat in the series opener. While Team India failed defend a huge total of 208 runs, Pakistan were absolutely outclassed by the England team.

In their match against Australia, KL Rahul, Hardik Pandya and Suryakumar Yadav’s brilliant innings guided India to a total of 208 runs. However, the Australian batters also displayed their class and won the match with 4 balls remaining. Cameron Green scored a half-century while Matthew Wade saw the team through the line.

Meanwhile, after Team India lost the match, India’s best performer with the bat, Hardik Pandya made a social media post consolidating the fans for the loss. In the same, one Pakistan actress posted an interesting reply that attracted everyone’s interest.

Pakistani actress Sehar Shinwari tweeted a reply saying that Team India should lose the T20 World Cup 2022 opener against Pakistan. Fans were absolutely not happy with her reaction and took a dig at her.

Have some shame you lost to england at home 😂

Talking as if your team win against England, 🤡

Wow you are watching Indian cricket even though Pakistan is Playing in your country..That's the brand India has set in the world cricket