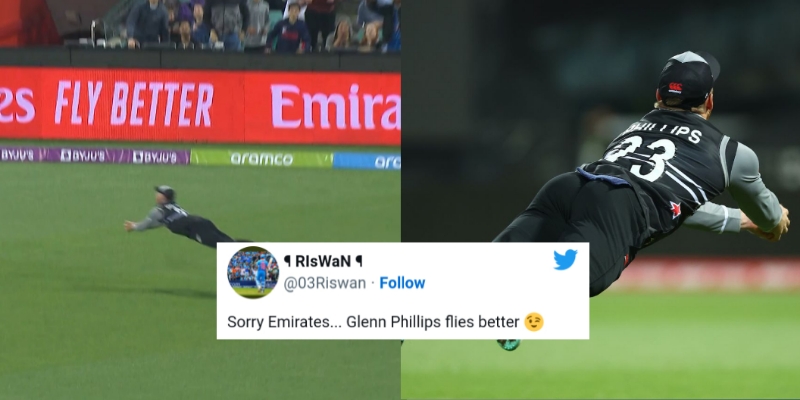 New Zealand fielder Glenn Phillips displayed his great athleticism as he took a flight to take a stunning catch in the match against Australia in the T20 World Cup 2022 super 12 round.

Chasing a target of 201 runs, Australia are in trouble as of writing this article. They lost 6 wickets for 87 runs and one those was when Phillips took a flight to take a stunning catch of Marcus Stoinis.

Seeing that, Twitterati cannot believe what they saw and have started comparing Glenn Phillips with Emirates Airways.