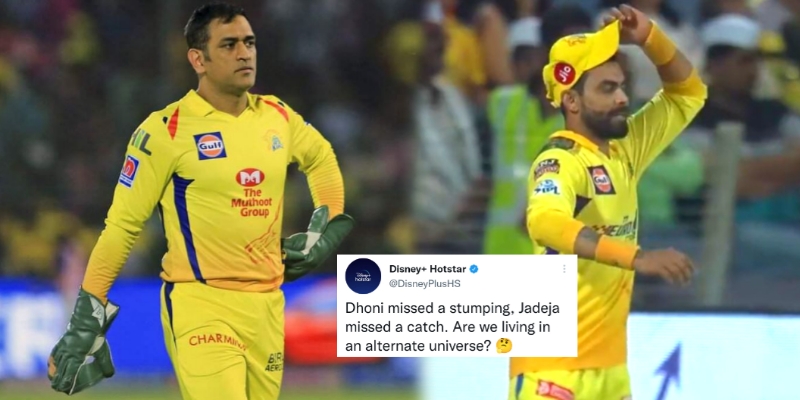 Mumbai Indians vs Chennai Super Kings is always a ‘El Clasico’ type of match in the history of the Indian Premier League, and this time, it has a different touch in it.

Match number 33 of the Indian Premier League (IPL) 2022 season is being played between the two of the most successful teams in the competition, Mumbai Indians and Chennai Super Kings.

There is no doubt that the match when Mumbai Indians faces of Chennai Super Kings has a different touch to it. This year, it is a complete different though. It is the fight to avoid the bottom place in the points table.

Chennai Super Kings and Mumbai Indians currently sits 9th and 10th position in the IPL 2022 points table with Mumbai still yet to win a match. It was Ravindra Jadeja who won the toss and asked Mumbai to bat first.

The match saw all happening in the first couple of overs. Youngster Mukesh Choudhary dismissed both the openers in the first over of the match.

The drama continued in the next over as well when MS Dhoni missed a opportunity to stump Suryakumar Yadav in just the 2nd ball of the 2nd over. Few balls later, a miss communication between Ravindra Jadeja and Dwaine Pretorius led to a dropped catch of Dewald Brevis, who was then dismissed in the very next over by Mukesh Choudhary.

However, this was still not the end as then Dwayne Bravo dropped Tilak Verma’s catch at slip and went on for four. Twitter have reacted to the frantic start of the ‘El Clasico’ is cricket.

That is the most frenetic start to a game that I can remember..So many mistakes,3 wickets, a great spell from Mukesh Choudhary, Dhoni misses a stumping, Jadeja and Bravo drop catches, Sky plays sublime shots….

Jadeja missed a catch and MS Dhoni missed a stumping – it’s that kind of a season for CSK.

Dhoni missed a stumping, Jadeja missed a catch. Are we living in an alternate universe? 🤔 #MIvsCSK #IPL2022