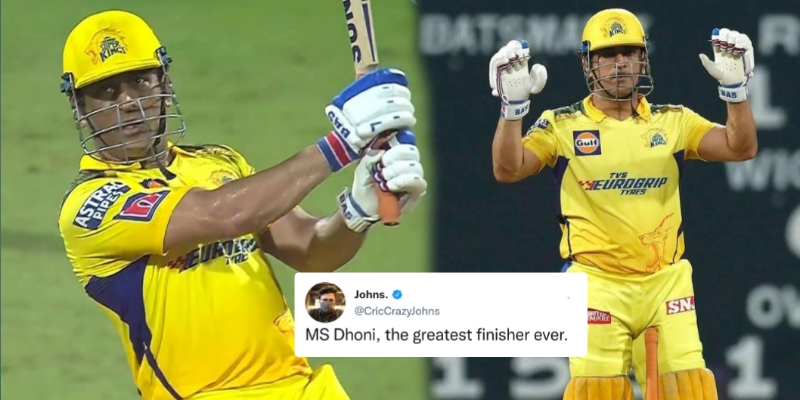 Chennai Super Kings defeated Mumbai Indians by three wickets at the Dr DY Patil Sports Academy Stadium in Mumbai on Thursday. It was a terrific game that went down to the wire. Eventually, it was MS Dhoni who took CSK home. In this article, we take a look at how Twitter reacted as MS Dhoni helps CSK defeat MI by scoring 16 runs in the last 4 balls.

Although CSK had a total of 156 to chase, they found themselves in a tricky situation with the team needing 17 runs in the last over. Many expected that Mumbai will win the game but MS Dhoni pulled out his vintage form to hand the second victory to his team in IPL. He finished with a score of 28* from only 13 balls.

Twitter reacts to the terrific finish by MS Dhoni

Twitter was elated with the way MS Dhoni performed. Here is a look at a few of the reactions;

MS Dhoni, the greatest finisher ever.

From the mind voice of MS Dhoni #WhistlePodu #CSK #CSKvsMi

He is finishing off games even now!! You have to keep believing as long as he is there at the crease! What a player!#MIvCSK pic.twitter.com/oYfwACkCLd