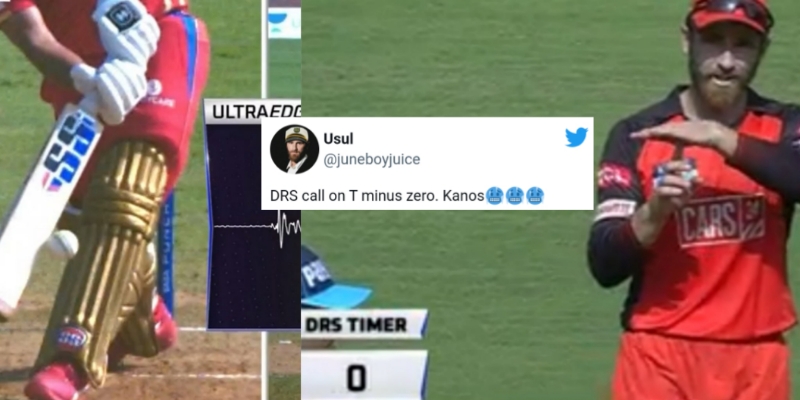 The match number 28 of the Indian Premier League 2022 turned out a little controversial as Sunrisers Hyderabad’s captain was allowed to take DRS after the time had ticked to 0.

Punjab Kings is facing off Sunrisers Hyderabad in the match number 28 of the Indian Premier League (IPL) 2022 in Mumbai’s DY Patil Stadium.

Sunrisers Hyderabad captain Kane Williamson won the toss and opted to ball first. They managed to get the wicket of the opposition captain (Shikhar Dhawan) early on.

However, it is the 2nd wicket of the Punjab inning that turned out controversial. Punjab batsman Prabhsimran Singh edged the ball of the bowling from T Natarajan, which carried to the wicketkeeper, however, umpire called it not out.

Now, as per the rule, against whom the decision is, gets 15 second times to decide if he wants to take DRS call. Hyderabad players had a long discussion and as soon the timer ticked to Zero, Kane Williamson called for review, which was accepted and the batsman was called out.

This stirred up some controversy as Twitter couldn’t believe that Williamson was allowed to take the DRS after the timer ticked to 0.

They took review after DRS timer?

DRS benefiting SRH here; appealed for LBW and snicko picked an edge, got it for caught out; technology advantage.#PBKSvsSRH #IPL2022

#SRH allowed DRS even after the time was over…first bonus
They applied for LBW, but got the wicket as caught behind…second bonus
Lady luck favouring Sun risers