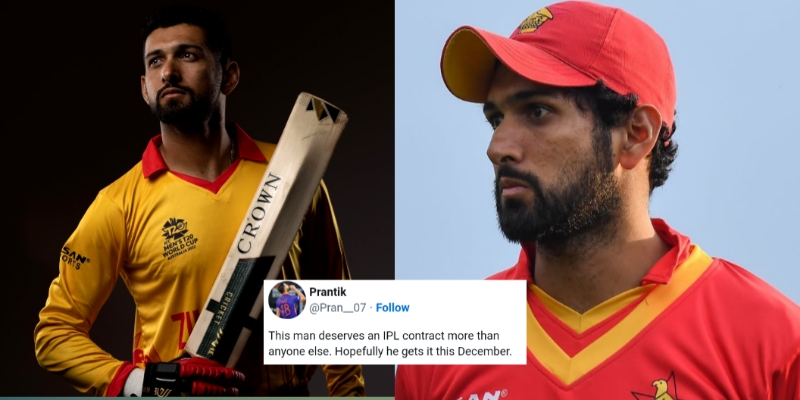 Zimbabwe cricket team batsman and former captain Sikandar Raza is currently going through a very good run of form. He has some huge and important runs for Zimbabwe as he looks to guide his country higher in the ranking.

He has also continued to showcase his ability in the ongoing T20 World Cup as well. He is being admired by a lot of cricket fans for his dedication for his country and to the game at the age of 36.

Meanwhile, Raza recently made a shocking revelation that his career had almost ended earlier due to threat of tumor. He added that reports gave him a huge relief as he was not suffering from cancer. He also added that he had to go through a lot of surgeries and added that he is still playing cricket despite all that and he is thankful to the God for that.

While Raza already had earned a good fanbase after his performance, he has gained even more support especially after his disclosure. While some fans also expressed their intention to see him play in the IPL once before he retire.

Sikandar Raza (in The Indian Express) said "I was scared that cricket was over for me, there was a tumour threat, I got my biopsy done, luckily there was no cancer – I had to undergo multiple surgeries on my shoulder but God wanted to see me this day".

Like if you wanna see Raza playing in IPL🔥

Atleast 1 season he should be given Ipl contract cmon @SunRisers

This man deserves an IPL contract more than anyone else. Hopefully he gets it this December.

What a player. Amazing comeback from injury 👊🏼