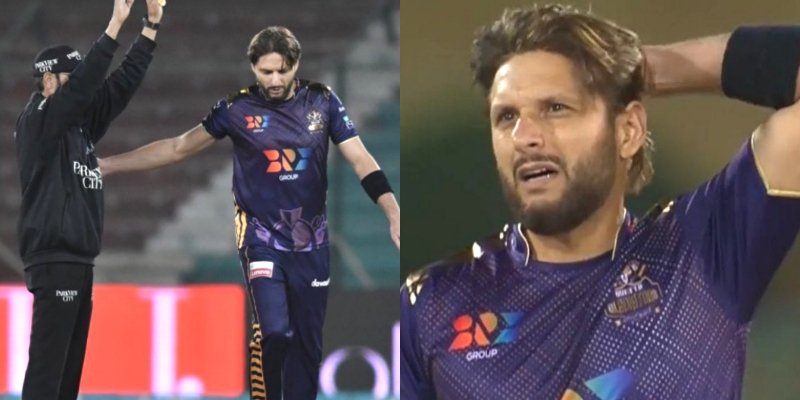 Match 10 of the Pakistan Super League saw a high scoring match as Islamabad United smashed Quetta Gladiators for 229 runs in match with as many as three players scoring over 50 runs in their inning.

But what was more surprising about the match was that the experienced and legendary Pakistan international all-rounder Shahid Afridi was smashed for 67 runs in his spell of 4 overs.

This was Afridi’s first match of the new Pakistan Super League 2022 season as he missed the earlier games after was tested positive to COVID-19.

Afridi, who is likely playing his last season of the Pakistan Super League, gave away runs at 16.80 per over enroute to conceding 67 runs in the spell of his 4 overs.

With this, Shahid Afridi has now recorded to his name to give away most runs in 4 overs quota in the history of the Pakistan Super League. Zafar Gohar was at the top of the podium before today with 65 runs in his 4 over, just only last season.

Talking about the match, Islamabad United put up a strong 229 runs on the board with Paul Stirling, Colin Munro and Azam Khan, all scoring fifties with Munro scoring the most, 72 runs from 39 balls. His inning included 3 fours and 6 Sixes to his name.

While for Quetta Gladiators, Ahsan Ali was the only batsman to score fifty in the match, while Afridi failed to perform with the bat as well as he got out after scoring 4 runs. Shadab Khan took 5 wickets in the match.

Shahid afridi completed his half century on just 19 balls.#QGvsIU pic.twitter.com/6gmKP0JUnv

The highest score in PSL history was given by Shahid Afridi in bowling. pic.twitter.com/6wR07XBPbS