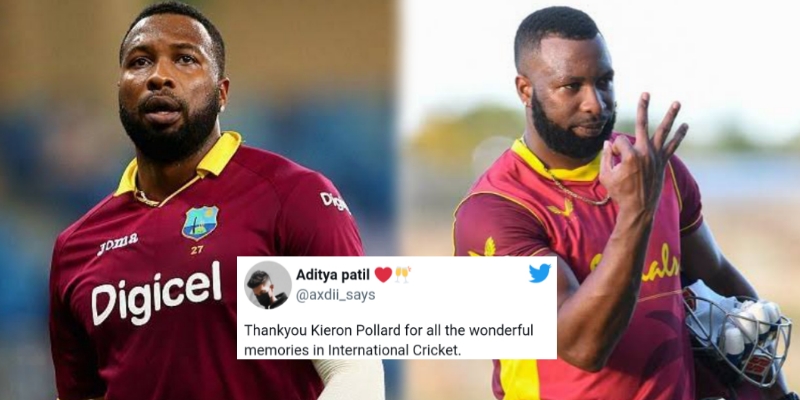 Former West Indies captain and star all-rounder Kieron Pollard has today shocked the internet and announced his decision to retire from International cricket.

Pollard has represented West Indies in the limited overs cricket, the ODI and T20I format, and has played more than 100 matches in each format.

He is still a regular member of the West Indies cricket team and is also the captain of the team, thus, his sudden dealt a huge blow to fans. Check-out how fans reacted.

Hoping You Will Continue To Play Franchise Cricket For 5-6 Years And Give Us More Memories To Cherish.

Kieron Pollard in his final international series in the Caribbean Islands 😆

Kieron Pollard retires before Chris Gayle. Who would have thought? 😯

Thankyou Kieron Pollard for all the wonderful memories in International Cricket.
We will miss you big man 🥺 @KieronPollard55 .

It’s an end of an Era for us 💔 pic.twitter.com/2GynHElQaj

What’s with me sleeping at odd hours and then waking up to news that I don’t want to hear! 😑😣

Thank you KP for all the memories!

IPL and Franchise T20 Cricket has taken away another exciting player!