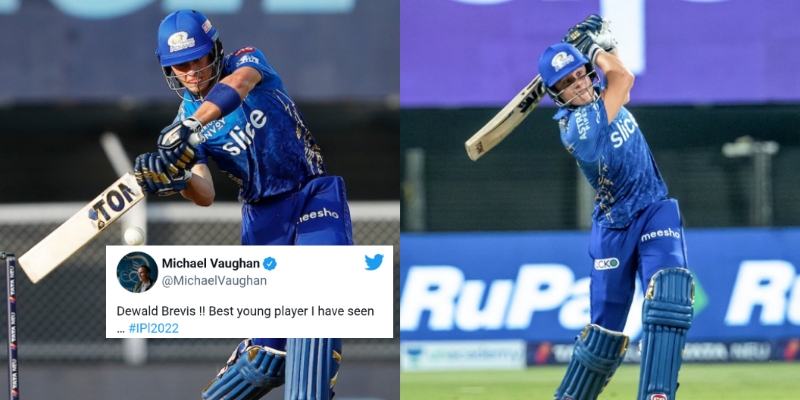 Mumbai Indians have slipped to their 6th straight loss in the Indian Premier League (IPL) 2022 after losing to Lucknow Super Giants in match number 1 of Super Saturday.

Rohit Sharma won the toss and opted to bowl first. However, Lucknow captain KL Rahul’s scored 103 runs in his 100th IPL match to take set a target of 200 runs for Mumbai.

And as usual, they didn’t had a great start as Rohit Sharma departed for the score of 16 runs, while he himself could only contribute with 6 runs.

After that, came in one of the most promising youngster in this year’s IPL, Dewald Brevis. The South African batter played an aggressive inning, scoring 31 runs from 13 balls, which included 6 fours and 1 six.

But, even after that, Mumbai Indians could not do well and eventually lost the match as they scored 181 runs for the loss of 9 wickets and lost the match by 18 runs.

Seen no-look sixes, but that’s a bowler-look six. He’s looking into the bowler’s eyes and smashed a six into the second tier.

Dewald Brevis is ⭐ Definitely we will hear this name lots OF time. When he is Batting look like no one Can Stop him pure Class. Baby AB We all are Delightful to See you. #MIvLSG pic.twitter.com/svOowb2QkB

“Baby AB” Dewald Brevis really is the kind of player you watch & think we’re seeing the start of something special here & we’re fortunate to see it from the get go. Just 18 years old & crushing it in the IPL. Wow.

Don’t tell me he is just 18. What a player Dewald Brevis is. Baby ab means aggression .🔥🔥 #MIvLSG pic.twitter.com/77tbFvUeew