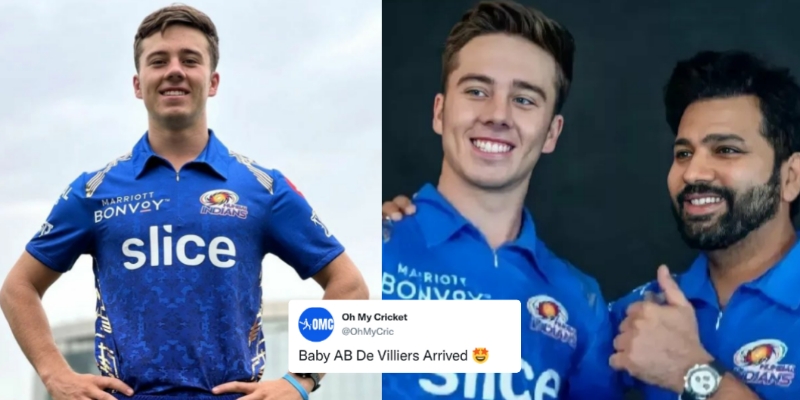 Finally the wait has ended, the fans’ wish of seeing AB de Villiers back in the IPL action has been full-filled. No, it’s not ABD himself, it’s Dewald Brevis, another version of AB de Villiers, and up and coming star for South Africa.

The match number 14 of the Indian Premier League (IPL) 2022 is here as Kolkata Knight Riders is facing off Mumbai Indians in Pune’s Maharashtra Cricket Association Stadium tonight, on the April 6th.

The match will kick-off from the 7:30 PM IST and It’s Shreyas Iyer who has won the toss and has decided to bowl first. During the toss, Rohit Sharma finally announced what the fans were eagerly waiting for.

Dewald Brevis, who is quite famously known as Baby AB due to number of similarities between the duo, has been picked into the Mumbai Indians’ Playing XI for the match.

Very much Looking forward to see Dewald Brevis’ batting. He was the most runs Scorer in this year U-19 World Cup and he has all the shots in his book, that’s why people calling him Baby AB. He come in the IPL with lot of reputation and promise.