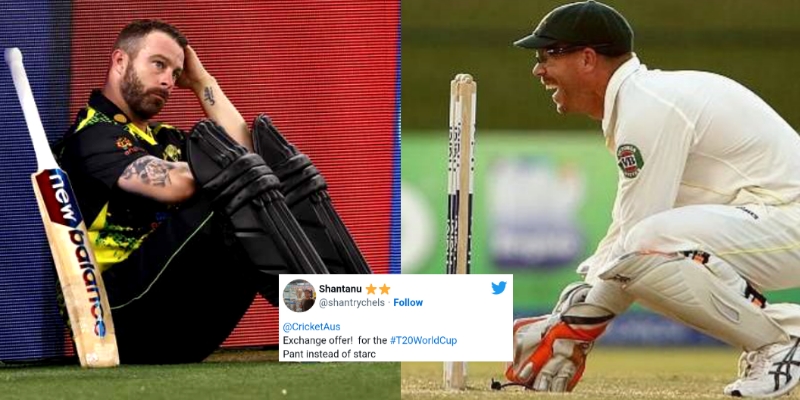 The day is finally here when the big of the game will take the field in super 12 round of the T20 World Cup 2022. And it all starts with last finalists squaring-off in the opening match as hosts Australia takes on New Zealand in the 1st match of the day.

Under the leadership of opening batter Aaron Finch, Australia defeated New Zealand in the final of the T20 World Cup 2021 that was played in the United Arab Emirates (UAE).

And now, the host team has responsibility of defending their title in their home itself. Australia have a great squad going into the match against New Zealand, however, they lack depth in wicketkeeper position.

In such case, the question is what will happen if first choice keeper Matthew Wade gets injured. According to insiders in Australia, either of David Warner or captain Aaron Finch will play as a wicketkeeper then.

Following this news hitting on the social media, there have been a couple of fans who are quite shocked to hear this, while some are really excited to watch the unthinkable.

@CricketAus
Exchange offer! for the #T20WorldCup
Pant instead of starc https://t.co/sMK47FY9H4

I would rather see warner bowling couple of leggiest It’s been a while.

Never knew my 🐐 can do wicketkeeping as well @davidwarner31 🐐 https://t.co/kviFCKjndE