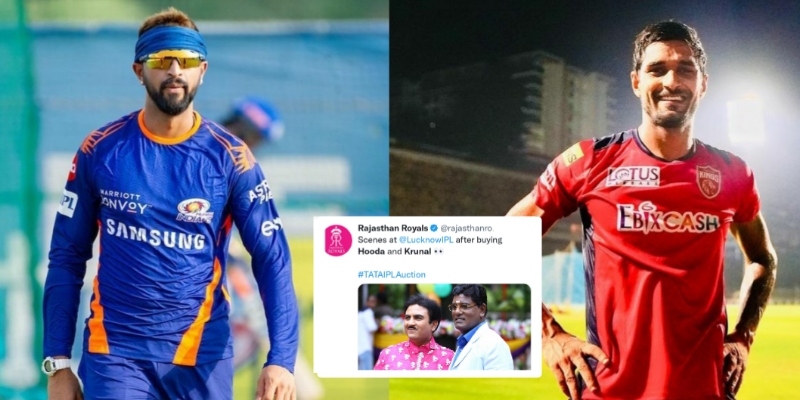 A few seasons ago, Krunal Pandya and Deepak Hooda were at crossfire in the Baroda setup. Hooda was suspended and he later moved to Rajasthan. Since then, there has always been attention when the duo got to play against each other. For IPL 2022, they will now have to play in the same squad.

Earlier in the day, R Ashwin joined Rajasthan Royals. Hence, there were many memes regarding his relationship with Jos Buttler, who was retained by RR. Now, it is a similar situation between Krunal and Deepak. Here is what Twitter had to say:

hooda & krunal together in a team along with mentor Gambhir. Entertainment.

Hooda and Krunal in one team. Ashwin and Buttler in one team. This year's IPL can even get Salman Khan and Vivek Oberoi to become friends.

Deepak Hooda & Krunal Pandya in the same team. How do the stars align like this?