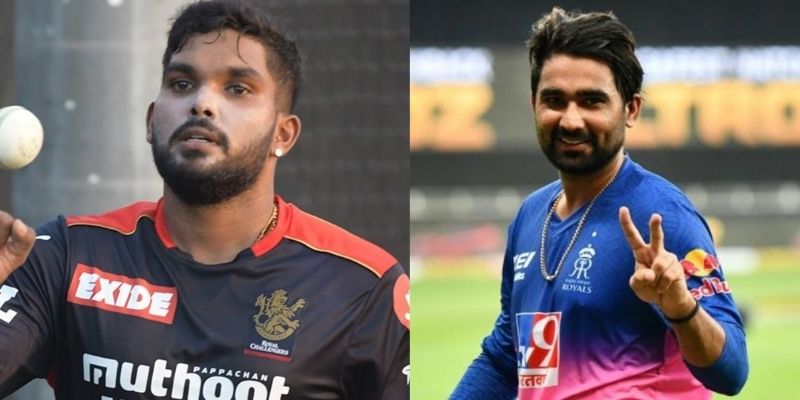 The IPL 2022 Mega-Auctions have been completed in Bengaluru. The auction dynamics were a little different this time around. The pattern was very erratic in terms of how players were paid. In this article, we take a look at the list of five cricketers who surprisingly went for a big amount in IPL 2022 Mega-Auctions.

IPL 2022 will feature two more teams. Hence, everyone had expected that new trends would emerge in the auctions. True to the prediction, IPL 2022 threw plenty of surprises. A few players went for hefty contracts despite limited attributes or average performances so far. We take a look at a few of them in this article.

Rahul Tewatia is one of the players who surprisingly went for a big amount in IPL 2022 Mega-Auctions. Although he did well in IPL 2020, he was inconsistent in IPL 2021. Tewatia also has concerns with respect to his fitness. He is a leg-spinner and with Rashid Khan already being there, Gujarat still went for him. Surprisingly, there was also immense demand for the player and hence, Tewatia’s bid touched INR 9 Cr. He will earn more than the likes of Yuzvendra Chahal in IPL 2022.

Yes, he is the No.1 T20I bowler at the moment but it felt that RCB went too big for Wanindu. Punjab Kings were in the race for the player, as well. For a cricketer who has not played a lot of IPL cricket, a sum of above 10 Cr is high. Moreover, there could be availability issues, as well, which could further spell doom for RCB.

Khaleel Ahmed has been underwhelming in recent years. He has not done much in domestic cricket, as well. Yet, he has gone for above INR 5.25 Cr at the auctions. Hence, it was surprising for the viewers. The role that he fills at DC will be important as the franchise will rely on at least two Indian pacers to play in the XI.

Shivam Mavi is also one of the players who surprisingly went for a big amount in IPL 2022 Mega-Auctions. Although he did well in IPL 2021, he still went for a few runs in some games. Moreover, he is yet to completely exert dominance in domestic cricket. Yet, his price was above INR 7.25 Cr while players such as Mohammed Shami and Bhuvneshwar Kumar earned less than him. Therefore, his signing was not a great one for KKR.

There was a big demand for Romario Shepherd at the auctions. More than anything, it was the demand for players of his attributes at the event. SRH needed one player of his profile desperately and hence paid a big sum to the West Indian. It now needs to be seen if it would click or not for them.