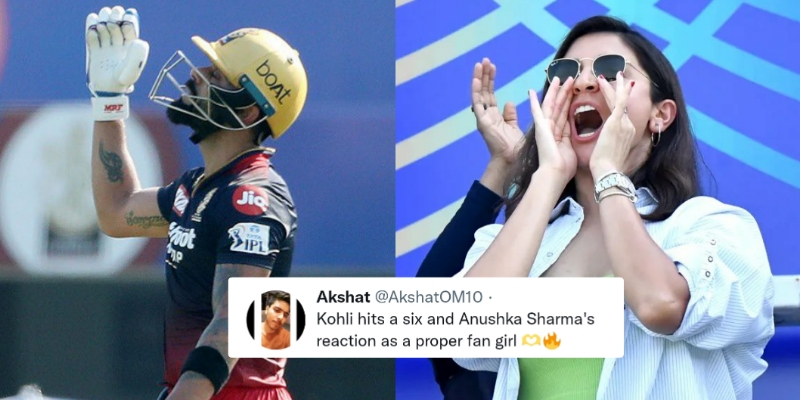 Royal Challengers Bangalore’s former skipper Virat Kohli finally looked comfortable today on the field when he scored his first 50 plus score in the Indian Premier League (IPL) 2022, while wife Anushka Sharma cheered him from the stands.

Former India and RCB captain Virat Kohli was going through a very rough patch of form, where he was struggling to score runs like the way he has been doing from the many years.

It was finally a day that Virat Kohli and his fans might feel relieved. Even though his strike-rate was not so good, it is still a foot on the right path for Kohli, who scored 58 runs from 53 balls.

It was Faf du Plessis who won the toss and opted to bat first. Du Plessis departed in just the 2nd over the match, but Virat insured that there is no collapse such that they have had against Sunrisers Hyderabad.

While Kohli was building his inning, on the other end, the others were playing their natural game. Virat finally reached that elusive number that everyone were waiting for, scoring his first IPL 2022 fifty.

And to celebrate that, present in the stadium was his wife Anushka Sharma. He shouted loud after her husband finally broken the jinx. See how Twitter reacted to the moment.

The strength n power this woman has is commendable💪….
always there for her Love even after the world is trolling her which make no sense but she has always been strong to stand with HER MAN in thick n thin…🔥🔥🔥🔥
RESPECT #ViratKohli #anushkasharma#virushka pic.twitter.com/sbAgcGk9xQ

That roar, that raising of the MRF Genius, the good old habbit was mandatory !♥️