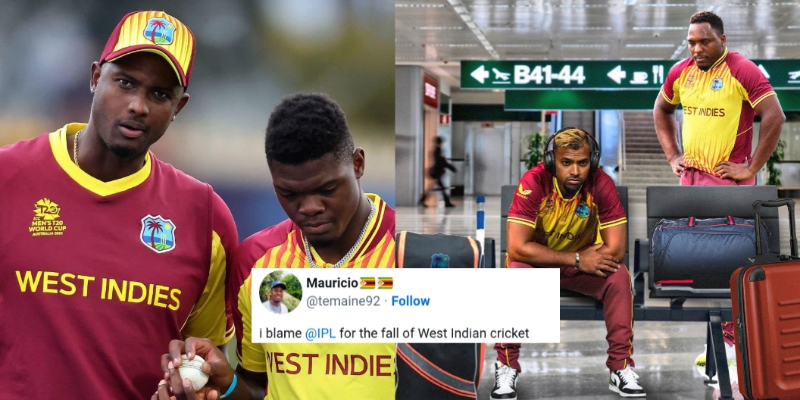 Having won the title in the year 2012 and 2016, West Indies became the only team in history to have won the T20 World Cup twice. They had some of the world’s greatest T20 cricketers by their side in the form of Chris Gayle, Kieron Pollard, Dwayne Bravo to name a few.

However, the team is in constant downward trajectory and a huge proof that is that West Indies have failed to make it to the Super 12 round of the T20 World Cup 2022.

Batting first in their must win match against Ireland, they scored only 146 runs for the loss of 5 wickets. However, Ireland were too good with the bat as they chased down the target in the 18th over and won the match by 9 wickets.

Seeing the downfall of West Indies, twitterati believes that West Indies is no more a giant in T20 cricket.

i blame @IPL for the fall of West Indian cricket

This is the first time a champion team didn't qualify for Super 12.