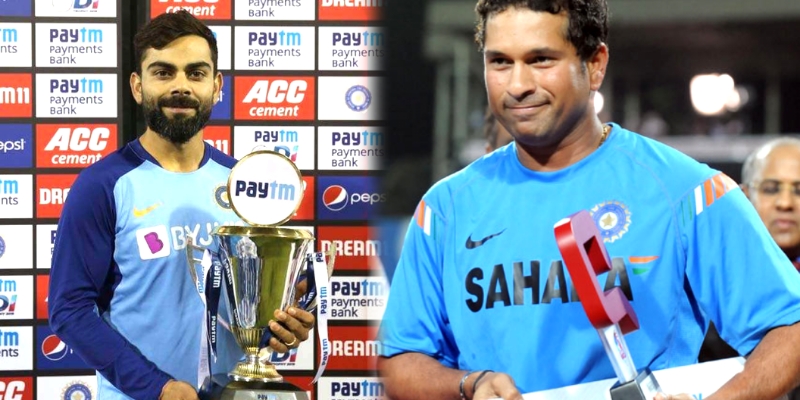 Cricket is a team game, played with 11 players and each player plays an important role. Batsmen, bowlers and all-rounders all have their own roles. Contribution of all the players is necessary for the continuous good performance of any team. But in every match, a player definitely plays the role of the match winner, who is awarded with the Player of the Match award.

Today in this article, we will talk about the Indian players who have won the Player of the Match title for the most number of times.

At 5th is Yuvraj Singh among the players who have won the most player of the match award for India. Yuvraj is one of the best players to have played for India in the limited overs game. Be it the 2007 T20 World Cup or the 2011 World Cup, Yuvi played an important role in both the World Cup victories for India. Yuvraj played 402 international matches for India, in which he won the player of the match title 34 times. He won the title 27 times in ODIs and 7 times in T20.

Rohit Sharma is counted among the best players in the world. He has set many records in all the three formats of the game. He has played 400 international matches for India so far, in which he was awarded the player of the match in a total of 36 matches. He has been adjudged Player of the Match 4 times in Tests, 21 times in ODIs and 11 times in T20s.

Sourav Ganguly is remembered as a successful captain. He taught the Indian team the art of fighting and winning under his captaincy, which Dhoni and Virat carried forward in the years to come. Ganguly was a big match winner for India. He won the Player of the Match award 37 times in a total of 424 matches. Ganguly also holds the record of winning the player of the match in four consecutive matches in ODIs.

Former Indian captain Virat Kohli is counted among the greatest batsmen of all time in the world. He has set many such records in his career, which makes him among the list of great players. Virat has played 458 international matches so far, in which he has won the player of the match title 57 times. He has won the award 9 times in Tests, 36 times in ODIs and 12 times in T20Is.