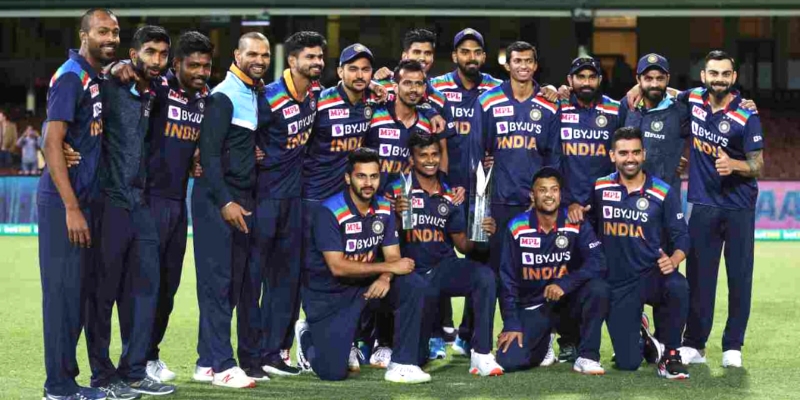 According to the FTP released by the ICC, India will play two Test series of five matches each against the giants of the sport Australia and England in the next four years. This will be the first time since 1992 that the number of Border-Gavaskar Trophy matches between India and Australia will be five instead of four.

India’s cycle will start with the West Indies tour in July next year. On this tour, Team India will play two Tests, three ODIs and two T20 matches. India will host Australia in limited-overs matches before going on a full tour of South Africa in December 2023.

The Men in Blue will then host England for a five-match Test series in January 2024. At the end of the year, between November and January 2025, India will go on a tour of Australia. The Indian team will go to England in June and then Australia will visit India during January-February 2027.

Apart from this, India also has to host one Test and three ODI match series against Afghanistan, which according to the schedule is fixed in the middle of 2026. India will also play limited overs matches against Australia, England, New Zealand, Sri Lanka and West Indies over the next four years, separated by two cycles of the WTC (World Test Championship).

India are to host Bangladesh, England and New Zealand at home in the 2023-25 ​​WTC cycle. While they will tour Australia, South Africa and West Indies in that cycle.

In the 2025-27 WTC, India are to play Australia, South Africa and West Indies at home, while they will travel to play against England, New Zealand and Sri Lanka.

Explained: How we can have India vs Pakistan in World Test Championship 2021-2023 Final; Full Scenario
Who is Mukesh Kumar selected for South Africa ODI series without even featuring in the IPL yet?
To Top