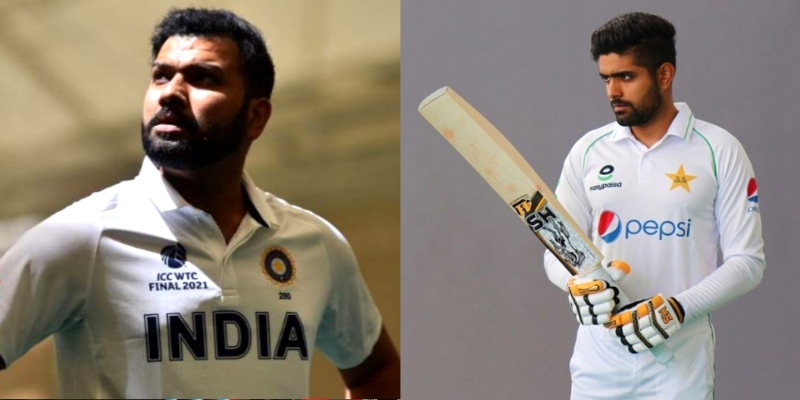 Whenever one hears that India vs Pakistan is going to be played, doesn’t matter any format, the excitement level reaches its peak. The people of both the countries only pray for their team’s win. Whether it is a series or a World Cup match, all the fans eagerly await for this match.

Well, the two teams are ready to face each other in the Asia Cup and T20 World Cup later this year, but Test matches have not been played between the two for a long time. Both the teams have had a journey of ups and down in the ICC World Test Championship (WTC) so far.

For Team India, their WTC 2021-2023 campaign started in a very disappointing way. They were defeated by South Africa in their first series as the Proteas currently sits at the top of the WTC points table.

On the other hand, Pakistan performed very well against Australia and got the first two matches drawn. However, Australia won the third match and won the series 1-0. Pakistan then played a series of two Test matches against Sri Lanka in Galle, in which they won the first match but in the second match the hosts registered a fine victory.

Sri Lanka, India and Pakistan are currently in a tough fight for the third, fourth and fifth positions in the ICC World Test Championship points table. The sequence in the points table right now is that South Africa and Australia occupies top 2 position in respective order while Sri Lanka leads India and Pakistan.

So, for fans to get to enjoy a Test match between India and Pakistan finally after a long time, there are lots of things that need to take place. If all goes well, both India and Pakistan could face each other in the upcoming World Test Championship 2021-2023 Final to be played in Lord’s.

Pakistan next plays their all of 2 Test series at home, which will give them a benefit. However, anything less than win in all of the matches are not acceptable. If Pakistan wins all of their remaining matches, their percentage will reach 69.05.

As for India, they play their next 2 Test series against Australia (4 home matches) and Bangladesh (2 away matches). If India manages to win all of the 6 matches, they will have a percentage of 68.06 at the end of the campaign. However, they still needs result from South Africa, Sri Lanka and Australia needs to go their way.

Now, let’s say India win all 4 matches against Australia, the Aussies will still have 5 matches to left to play, and if the Aussies only win 3 of the 5, India will remain ahead of the Kangaroos. As for South Africa, they take on England and Australia next and has 6 matches, of which, if they win only 3 of them, it is expected that they will fall behind India too.

Now for Sri Lanka, they have 2 matches to play against New Zealand and that won’t bother a lot. So, all in all, if all the results does go the right way, fans can very much expect a India vs Pakistan Test match finally, that too in the World Test Championship Final.