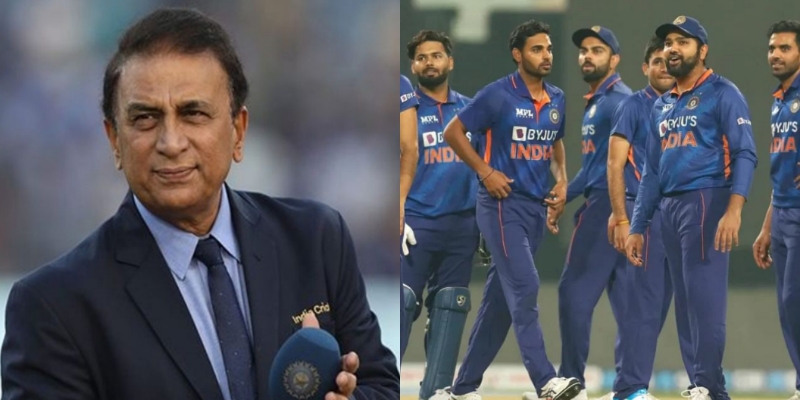 Former India captain and legendary batsman Sunil Gavaskar has made a demand that India must bring back a former player into the squad, who once was part of Team India about 5-6 years ago, and now Gavaskar thinks that he should be brought back into the squad.

The player that Sunil Gavaskar wants to bring back to Team India is none other than Rishi Dhawan of Himachal Pradesh. Rishi Dhawan made his international debut in the year 2016 and has played only three international matches so far.

Rishi Dhawan has played two ODIs and one T20I match for Team India. He played his last ODI match against Australia in the very same year, 2016. Dhawan recently showcased a great all-round performance for Himachal Pradesh in the Vijay Hazare Trophy which has really prompt to Gavaskar demanding his return.

His performance in the 2021/22 season of Vijay Hazare Trophy was reall good. Rishi Dhawan scored the second highest run in the tournament as he scored 458 runs for Himachal Pradesh at an average of 76.33, including five half-centuries. Apart from that, he also took 16 wickets and was the third highest wicket taker in the tournament.

During his conversation on Sports Tak, Sunil Gavaskar said that he has played for India few years and has been performing very well lately and suggested that India still do need a bowling all-rounder, “Rishi Dhawan has previously played for India, probably 5-6 years back. And the way he has performed this time…you said it right, India do need a fast-bowling all-rounder.”

Sunil Gavaskar further added that he has always said that the success that India got in 1983, 1985, 2011, 2013 was due to all-rounders. Whenever there is an all-rounder in the team, the captain and the selection committee have many options.

Rishi Dhawan has been a well recognised star player in the domestic cricket, who has been bought by Punjab Kings for 55 lakhs for IPL 2022. Dhawan is known for his fiery batting and killer bowling.