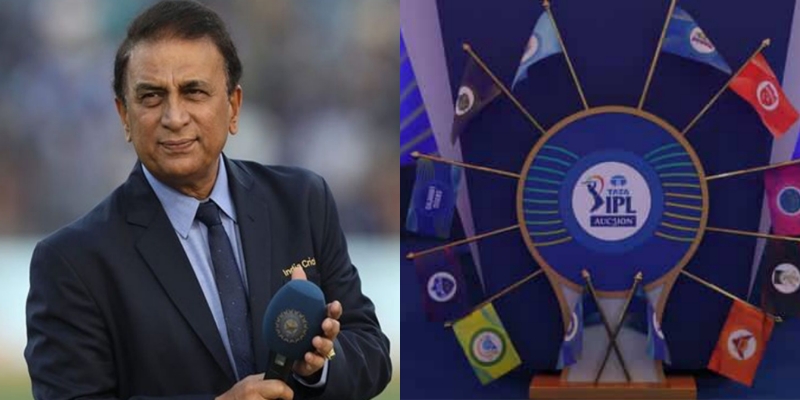 One of the most exciting events in the cricketing world is the Indian Premier League. And next to the international circuit, it is a dream of many cricketers to be a part of the IPL. Many cricketers have opened up about their desire to play in the IPL. And the grand auction for the IPL just concluded a few days back. Over 1200 players registered to be under the hammer, of which a total of 590 players were shortlisted to take part in the auction. The number of players who have given their names demonstrates the event’s popularity among world cricket. However, Indian legend Sunil Gavaskar made a bold claim about the IPL and the players.

The former Indian skipper believes that some players don’t try hard enough at the international level when the IPL is around the corner.

Sunil Gavaskar wrote in his column for the Times of India that the IPL money offers a life-changing amount to the cricketers. And it can lead to a secure future for those cricketers and their families. But the bitter truth is that some cricketers didn’t give their 100% to international cricket when the IPL is around.

The little master further added that cricketers tend to do this to avoid any kind of injury to them. So, in a way, they can secure the IPL contract ahead of the auction.

He mentioned that it happens some of the time when the players don’t attempt to dive or slide around the field to save a few odd runs. He also said that it is because of the fear of the damage to their bodies, which could cost them the IPL contract.

He said, “That (IPL) can also lead to some to not try as hard when playing for their country, especially when the IPL is round the corner.”

Sunil Gavaskar suggested the unsold players to prove themselves again

Sunil Gavaskar pointed out to those players who went unsold that they should not lose hope. Despite that, they need to prove the franchise wrong as there will always be another chance.

IPL 2022 will see ten teams competing for the title. And more teams means more opportunities, so there will be another opportunity for those unsold players if any player gets injured so they can replace them.

IPL 2022 will kick off around the last week of March. Due to the COVID virus outbreak, all the matches will be played in Mumbai only.