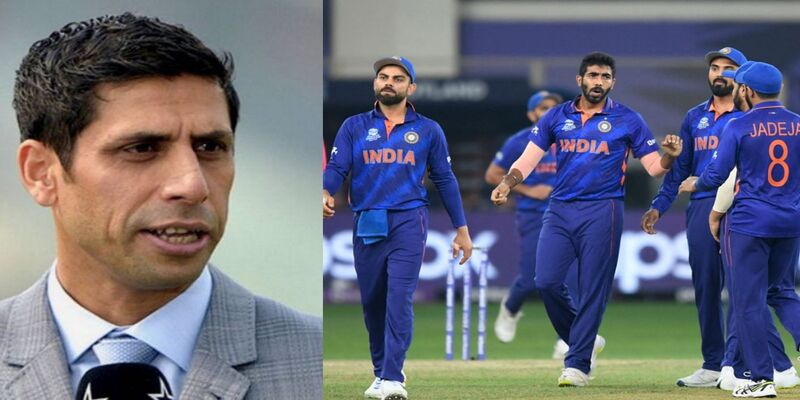 The Indian team is experimenting with different batting and bowling combinations in order to prepare for the upcoming World Cup. That’s what we saw in the ODI and ongoing T20I series against West Indies. The only purpose is to end that ICC trophy drought for the country. Skipper Rohit has already started to give more chances to the bowlers. Especially, those who are sitting on the bench to get the right combination. However, former Indian pacer Ashish Nehra had his own view on the bowling attack for the upcoming World Cup.

Ashish Nehra, who is always active and never shy about giving his opinion on Indian cricket, came up with his choice. The former pacer picked his four pacers who should be there with the team as the first choice for the World Cup in Australia. Surprisingly, he hasn’t named the Purple Cap holder and the former DC pacer who showed some great form in the IPL. Nehra said that the team should go with Bumrah, Shami, Siraj, and Prasidh Krishna as their main fast bowling unit. And if required, Deepak Chahar could be the backup pacer for the team.

The Men in Blue are playing the T20I series against West Indies. And the team has gone with Bhuvneshwar Kumar, Deepak Chahar, Shardul Thakur, Avesh Khan, Harshal Patel, and Mohammed Siraj as their fast bowlers for the series. Jaspreet Bumrah and Mohammed Shami have been given the rest. Nehra said while talking to Cricbuzz that there is still enough time in the World Cup. But if the selectors want to choose the squad for the World Cup. They will go with only one bowler from the current team, and that will be Mohammed Siraj. In his view, Siraj will be more suited to the pitches as compared to Avesh Khan or Harshal Patel.

Parthiv Patel also expressed his views on the current pace of the Indian bowling attack. Former wicket-keeper batsman said that the team should try Mohammed Siraj or Avesh Khan despite going with Bhuvneshwar and Deepak Chahar. He added because Bhuvneshwar and Deepak Chahar are same kind of bowler. Adding to Siraj and Avesh Khan, he said, “So, this can be tried out. Since we are already exploring the best combination for the World Cup.”

“India do need a fast-bowling all-rounder” – Sunil Gavaskar names such player who should be given another opportunity
Will Ruturaj Gaikwad play 2nd T20I ? Here is Team India’s probable Playing XI for the 2nd T20I
To Top