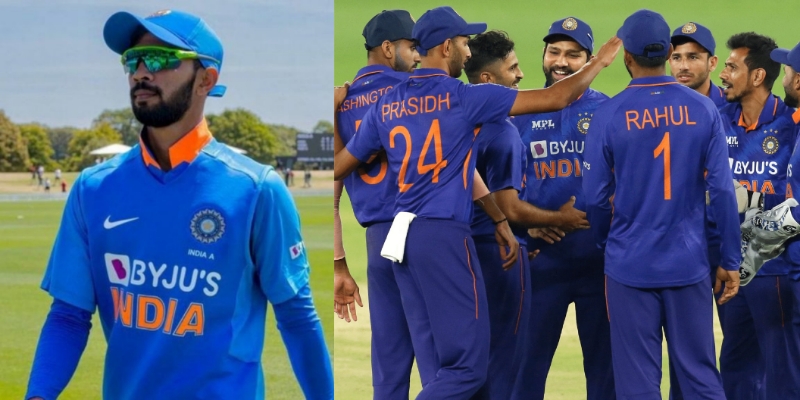 The second match of the T20 series between Indian cricket team and West Indies will be at the Eden Gardens in Kolkata.

Team India defeated the visiting team by 6 wickets in the first T20I match at very same venue. In such a situation, if they manages to win today’s match, then Team India will take an unassailable 2-0 lead in this series.

Team India is coming after winning the last match, so the chances of Rohit Sharma making more changes in the playing XI are almost negligible, but still Team India can give a chance to Shardul Thakur and Avesh Khan in the playing XI in this match. Deepak Chahar and Venkatesh Iyer were injured while fielding in the last match. However, Iyer came out to bat despite this and got India over the line with a six.

There is no update on Deepak Chahar’s injury yet. In such a situation, Team India can go on the field with 2 changes. Apart from these two changes, the possibility of any change in Team India’s playing XI is almost nil. Even though Ishan Kishan played a slow knock in the previous, it has been India’s nature to not make much changes to winning XI, except for injury replacement, thus, Ruturaj Gaikwad may have to continue with his long wait for an opportunity to play.

It must be noted that West Indies is currently in India in between their own home series against England. The mighty Caribbean’s didn’t had a great start to the seriesz losing the ODI series in Ahmedabad.

Team India defeated West Indies 3-0 under the captaincy of Rohit Sharma. This was Rohit Sharma’s first ODI series win as a permanent Team India captain. And with the win in the first T20I in Kolkata, the Men in Blue is also 1-0 ahead in the T20 series against the mighty West Indies, and if they win the second match, then there is no way back for West Indies as India will record series victory.