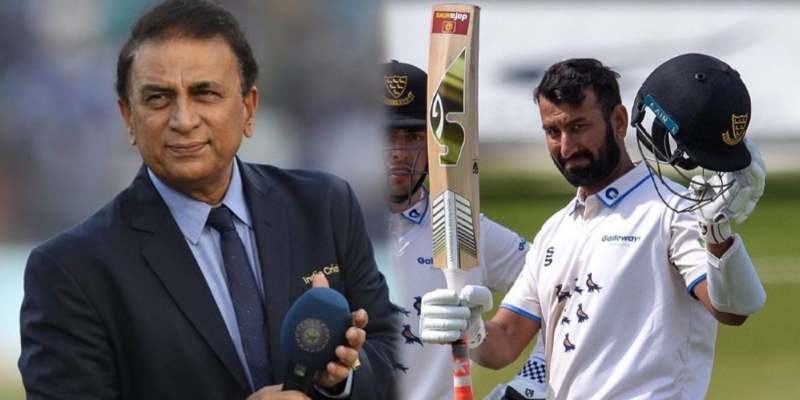 Cheteshwar Pujara has made himself available for the entire season of the County Championship after losing his place in the Indian Test team and not doing well this year in the Ranji Trophy, but his performance in the County’s has revived the hopes of getting his career back once again.

And after Pujara’s stellar performance in the County Championship, Indian legend Sunil Gavaskar said the Saurashtra cricketer could be considered for the Test match in India’s upcoming tour of England.

Gavaskar conceded that Pujara’s good performance in English conditions ahead of the upcoming Test against England proves that he understands the pitches there. He gave the example of last year’s World Test Championship final to understand how New Zealand had the advantage of playing two Tests in England before that final.

Speaking to Sports Tak, Sunil Gavaskar said that Cheteshwar Pujara has come to know about the conditions of England while playing the County Championship. However, he added that there is a big difference between County bowling and international Test bowling, but when a batsman is in form, he should take advantage of it and give him a chance in the upcoming series.

“He has gotten used to batting in English conditions, against their bowlers. Yes, there is a huge difference between a County attack and a Test bowling attack. But when a batter is in rhythm, why not take its advantage and consider him,” said Gavaskar.

Gavaskar further said that Pujara, the number three batsman should also be included in India’s playing XI because the player’s ability to stay on the crease for long, tiring the bowlers and not giving away his wicket easily.