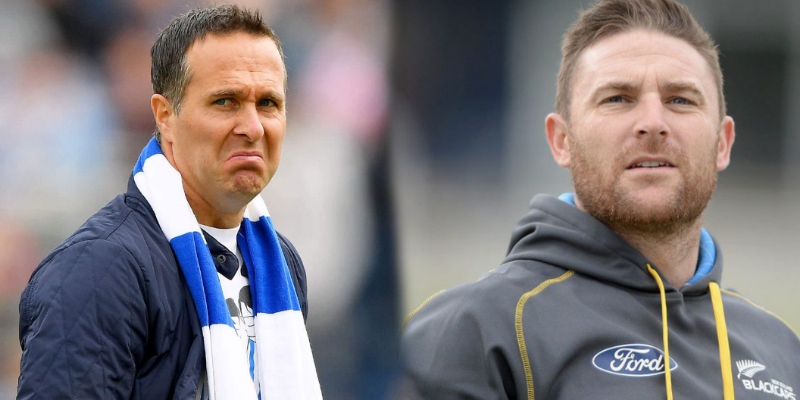 Former England cricketer Michael Vaughan has questioned why the England and Wales Cricket Board (ECB) has appointed Brendon McCullum as the coach of the England Test team in place of Gary Kirsten, calling it a risky choice.

Let us inform that, on May 12, the ECB has appointed former Kiwi batsman Brendon McCullum as the coach of the England Test team. McCullum is currently associated with Kolkata Knight Riders (KKR) in the Indian Premier League (IPL) 2022 season.

He is playing the role of head coach with the team for the last 2 years, reaching the final once in 2021. The England cricket board has appointed him as the Head Coach of their Test team and will be seen in the role for the first time in the series against New Zealand.

In his Telegraph column, Vaughan wrote that England has ignored someone like Gary Kirsten twice in a row and feels a little nervous about the appointment of Brendon McCullum.

“I don’t see how we have made that call twice, England’s bold appointment of Brendon McCullum makes me nervous. If English cricket has overlooked someone like Gary Kirsten for a second time I do find it incredibly bizarre,” said the former England captain.

Vaughan went on to say that McCullum wouldn’t have to do much to improve on a large scale. But if the Test team does not improve, questions will be asked about his appointment and also questioned the board and added that he will be keeping a track of England team’s progress.

Brendon McCullum’s T20 coaching experience and good rapport with captain Eoin Morgan make him an ideal choice for coaching T20 and ODI teams. And even though Brendon was considered for the limited overs, he ended up getting the Test role.