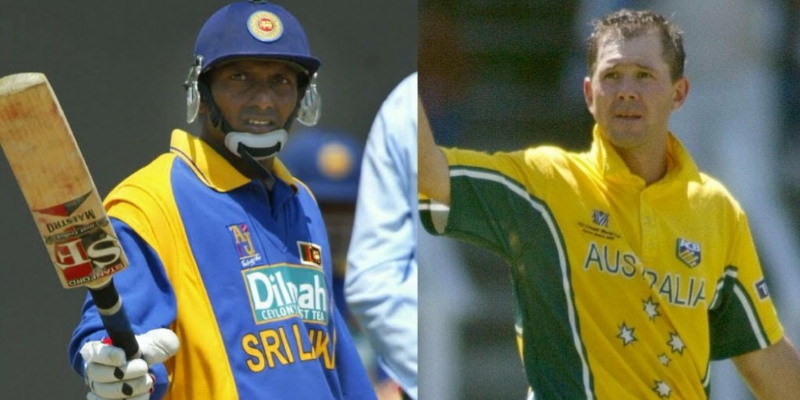 The ICC 50-over World Cup is the dream destination for every individual who aspires to be a cricketer. In fact, most countries at the moment plan the transition and development of their cricket squads in the perspective of the mega-event. Hence, a player’s display in a World Cup will be a milestone moment in his career. A few of them have made it memorable by becoming the Man of the Match in the 50-Over CWC final.

So far, not two cricketers have become the Man of the Match in the 50-Over CWC final on two occasions. Hence, we have twelve different players who can form a unique and strong XI within themselves.

Openers Who Were Man Of The Match In 50-Over CWC Final: Adam Gilchrist (WK) and Viv Richards

Adam Gilchrist has won the World Cup thrice, and on all three occasions, he did well with the bat. Most importantly, his run-scoring came at a good rate, which helped his team start on a good note. However, his best performance was against Sri Lanka in 2007 when he struck a dominating century.

Viv Richards won this award in 1979 when he scored 138 runs to help his team win its second CWC trophy. Although opening may not be suited to him, he will walk alongside Gilly for the balance of the team.

It will be a blockbuster middle-order for this XI. Ricky Ponting comes in at No.3 and will also captain the unit. His performance in the 2003 WC final against India won him the M.O.M award. Clive Lloyd was the first-ever winner of the M.O.M in an ICC World Cup final. In 1975, he scored a century in the final thereby helping West Indies lift the title.

The other two members of this unit will be from India. While MS Dhoni’s exploits in 2011 are well-known, we must also remember Mohinder Amaranth for his fine performance in 1983. He scored 26 runs and took 3 wickets for 12 runs to help India win the low-scoring encounter.

All-Rounders Who Were Man Of The Match In 50-Over CWC Final: Aravinda de Silva and Ben Stokes

Although Aravinda de Silva was more of a batsman, he took wickets on a consistent basis for Sri Lanka. In the 1996 WC final, he scored a century and also picked a three-wicket-haul. This won the M.O.M award for that game. Ben Stokes’s 84*, under pressure, was what helped England win probably the best ever cup final in the history of the competition.

James Faulkner, Wasim Akram and Shane Warne will complete the bowling attack for this XI. While it is no surprise that Warne and Wasim have taken home this trophy, Faulkner’s performance in the 2015 WC final was a big surprise. He took three wickets that day and helped the Aussies defeat the Kiwis. Talking about Akram’s performance, he scored 33 runs and collected three wickets to help Pakistan win the World Cup in 1992. Warne picked up a four-wicket-haul in the 1999 WC final to aid Australia win its second World Cup.

“The performance you know, the reason you don’t” – Twitter reacts to KL Rahul’s girlfriend Athiya Shetty spotted watching India vs Bangladesh in Adelaide

“We are yet to win a Test match in Australia and they’re planning all this” – Twitter reacts to reports of a tri-series involving India, Pakistan and Australia in Australia