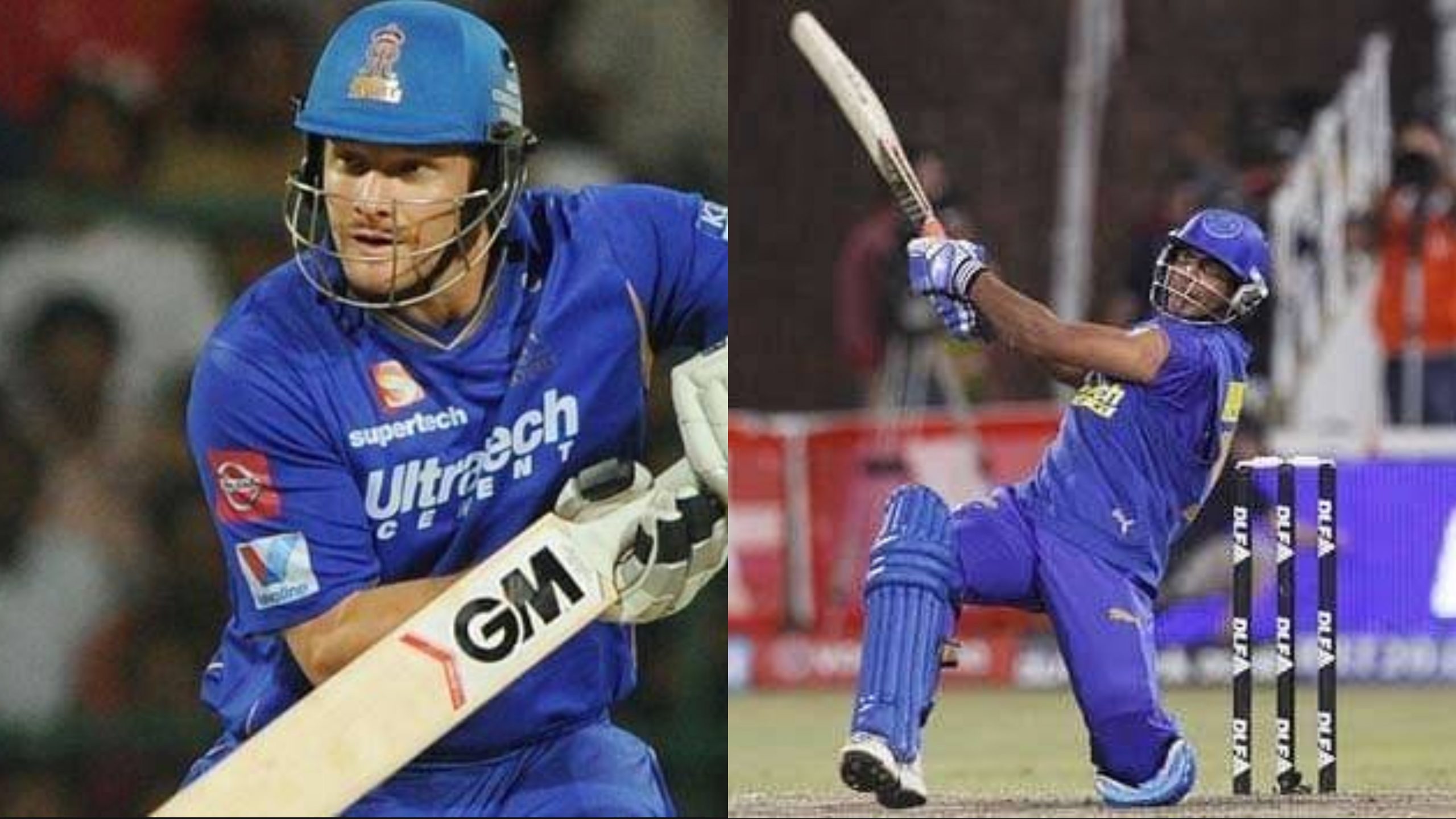 The Rajasthan Royals were the first IPL franchise to call themselves the IPL champions. The Royals accomplished that feat in the year 2008 thanks to Shane Warne’s leadership, Yusuf Pathan and Shane Watson’s all-round brilliance, Swapnil Asnodkar’s batting and also Sohail Tanvir’s bowling.

Unfortunately, the Jaipur-based franchise have not been successful in adding another title to their cabinet since the inaugural season. They have made it to the Top 4 multiple times but they have never made it to the summit clash.

Rajasthan Royals have been home to some legendary cricketers

The Rajasthan Royals team management have signed some great players like Rahul Dravid, Justin Langer, Darren Lehmann, Damien Martyn and many others in their IPL history. However, the team has never finished in the Top 2.

Over the years, the Royals have let go of some star players as well in the IPL. In this article, we will glance at the best XI comprising the players Rajasthan released in the last 14 years.

It was quite surprising to see the Rajasthan Royals release their star batsman Ajinkya Rahane ahead of IPL 2020. Rahane had always been one of the leading run-getters for the team. Still, RR traded him to the Delhi Capitals.

Meanwhile, Shane Watson was the backbone of the Rajasthan Royals from 2008 to 2015. The Aussie all-rounder returned to the auction pool in 2016. However, RR had a chance to buy him in 2018, which they did not use.

The middle-order of this team comprises the former captain of the Rajasthan Royals team Steve Smith. Like Rahane, Smith plays in the IPL for the Delhi Capitals team now.

Karun Nair and Naman Ojha were two talents who came into the spotlight when they played for the Rajasthan Royals in IPL. Both players received enough opportunities to establish themselves as top-tier talents in the IPL. Naman will keep the wickets for this XI.

The fantastic trio of Yusuf Pathan, Ravindra Jadeja and James Faulkner will form the all-rounders’ section of the Rajasthan Royals. Pathan and Jadeja played an integral role in the Royals’ success during the inaugural season of the IPL.

On the other side, James Faulkner picked up a couple of five-wicket hauls for the Royals in IPL. Faulkner also evolved into an all-rounder by playing some vital knocks for the Rajasthan Royals in the lower middle-order.

Rajat Bhatia was an all-rounder, but for the Royals, he majorly played as a bowler. After achieving much success with the Kolkata Knight Riders, Bhatia moved to the Royals in the 2014 edition of the IPL. Munaf Patel will be the partner of Bhatia in the bowling department.

Patel was a fast bowler during his days at RR, but due to injuries, he became a medium-fast bowler in the latter phase of his IPL career. Praveen Tambe surprised everyone with his performances despite being older in age as compared to his teammates and rivals. Tambe even picked up a hat-trick for the team, but the Royals did not show interest him when they returned in 2018. The leg-spinner later had stints with the Sunrisers Hyderabad and Gujarat Lions.

Strong XI of players released by Rajasthan Royals in IPL