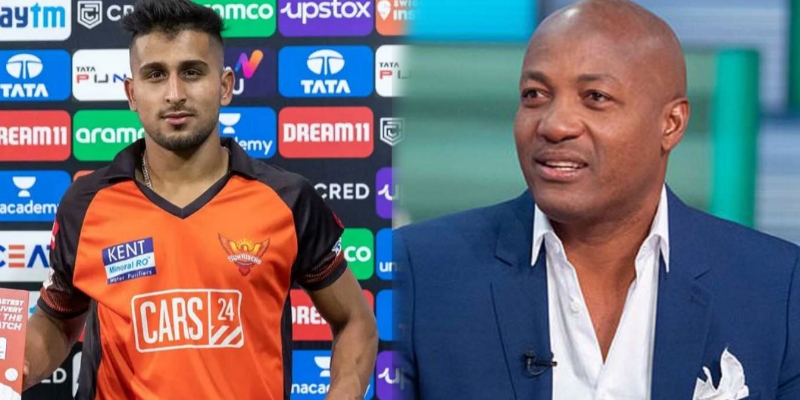 Sunrisers Hyderabad (SRH) young fast bowler Umran Malik has been one of the best performers in the ongoing Indian Premier League (IPL) 2022. The young fast bowler from Jammu and Kashmir has harassed the opposition batsmen with his stormy bowling in the world’s biggest T20 cricket league.

His sharp and bouncy pace makes it difficult for even the best of batsmen to survive. Let us also tell you, many former veterans have lobbied for the inclusion of Umran Malik in Team India, after his tremendous performance from IPL 2021 to IPL 2022. He has taken 21 wickets in 13 matches so far in the 2022 edition of the competition.

Brian Lara said on ‘Cricket Live’ show on Star Sports that Umran Malik’s bowling reminds him of Fidel Edwards, as both of started bowling very fast and also hoped that Umran understands how much important he is to Team India. At the end, he signed of saying that he is sure of Umran Malik playing for Team India very soon.

Recently, former India coach Ravi Shastri had said that Umran Malik should be kept with the Indian cricket team so that he can learn bowling tricks from the likes of Mohammed Shami and Jasprit Bumrah. He had also said that the 22-year-old bowler should now be given direct central contract.