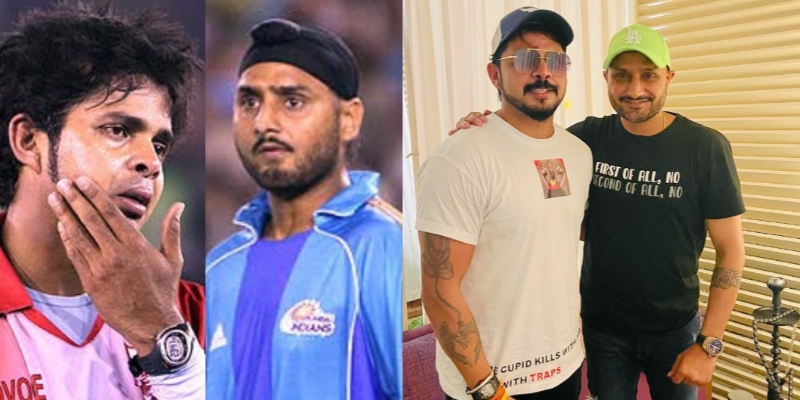 Internet and social media always manage to produce surprises very often. The latest offering occurred when S Sreesanth met Harbhajan Singh in Dubai. In this article, we take a look at S Sreesanth’s latest Instagram post about Harbhajan Singh which is winning the internet.

S Sreesanth recently met Harbhajan Singh in Dubai. The Kerala pacer also posted a picture of his meeting with Bhajji and accompanied it with a special caption. The caption read, “”With the legend hostel @harbhajan3.Thnks a lot for such a great eveng .lots of love and respect to u bhajjipa..❤️✌🏻👍🏻”

Harbhajan Singh and S Sreesanth were once involved in one of the most infamous incidents of IPL history. In the first edition of the competition, Harbhajan Singh slapped Sreesanth after a game and had to face a ban. This happened after the game between Mumbai Indians and Kings XI Punjab. Since then, they are not usually seen together.

In 2011, though, both the players were involved in the Indian Team that won the World Cup. Previously, in 2007 as well, the duo had their hands on the inaugural edition of the T20 World Cup.

Both Sreesanth and Harbhajan are at similar stages of their career. While the pacer is struggling hard to make a comeback at the highest level by participating in the domestic tournaments, Bhajji recently played the IPL for Kolkata Knight Riders. For both, an India comeback is almost impossible at the moment.