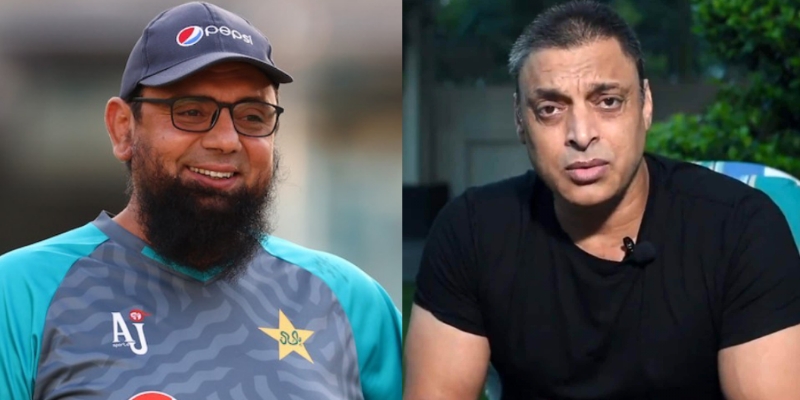 With the T20 World Cup 2022 just on the sight, Pakistan cricket team hosted the visiting England aa preparation for the tournament in a 7 match series that was won by the England team by 4 wins to Pakistan’s 3 wins margin.

The T20 World Cup 2022 is just now a couple of days left for the mega event. Meanwhile, Pakistan, who are aiming to claim their 2nd T20 World Cup Trophy, suffered a huge 4-3 series defeat against England.

During the series, the Pakistan team’s batters received huge criticism where especially the middle-order failed to contribute much. And now, former Pakistan team’s pace bowler Shoaib Akhtar has hit back not only on the players but on Pakistan’s Head Coach Saqlain Mushtaq.

In a recent video shared on his YouTube channel, Shoaib Akhtar criticised not only the players, but also the head coach of the team. He said that Pakistan’s middle-order is not good and it is not the right way to go to the T20 World Cup.

While talking about Pakistan’s Head Coach Saqlain Mushtaq, Akhtar said that he is not suited for T20 cricket as he doesn’t belong to the generation. If you aren’t aware, both Saqlain Mushtaq and Shoaib Akhtar were teammate for quite sometime.

Akhtar said, “Saqlain Mushtaq last played cricket in 2002. I don’t want to say this as he is my friend, but I don’t think he has any idea about T20 cricket.”

Talking about the England series, it was a back and forth performance from both the teams until England won the final 2 matches to seal the 4-3 in their favour. Meanwhile, the T20 World Cup 2022 begins from the 16th of October with the first round. However, Pakistan will enter the competition from the 2nd round i.e. the Super 12 round. They will take on their arch-rival Team India in their opening match of the tournament.

“Forget 360, can they play 180 degree shots?” – Wasim Akram blasts Pakistan batters on live TV after poor outing against England
ICC confirms list of 20 Match Referees and Umpires for T20 World Cup 2022; Only one representative from India
To Top