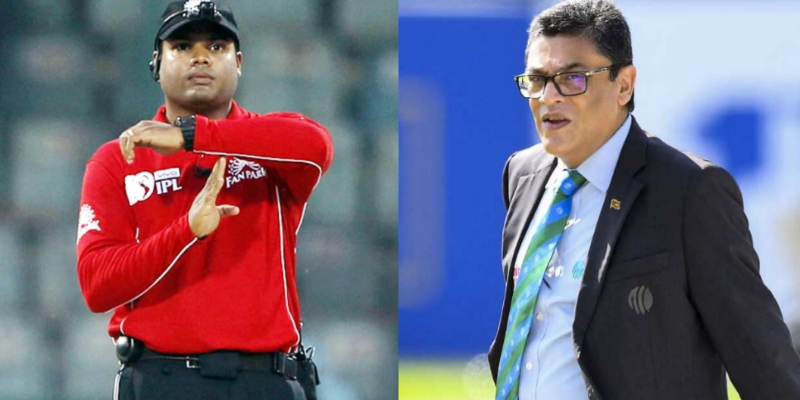 The International Cricket Council (ICC) has announced the 20 match officials for the first round and Super-12 phase of the ICC Men’s T20 World Cup 2022, starting 16 October to be played in Australia.

In all, 16 umpires will officiate during the length of the tournament along with Richard Kettleborough, Nitin Menon, Kumar Dharmasena and Marais Erasmus, who was the umpire for the 2021 final.

Let us tell you, during the 2021 edition of the tournament, Australia won the T20 World Cup for the first time by beating their neighbour New Zealand by a huge margin of 8 wickets. This time too they will go with the intention of winning it, especially with having the home advantage.

Nitin Menon, the lone Indian umpire in the ICC Elite Panel, has already reached Australia. All these umpires are very experienced as most of the umpires officiated in the same tournament last year as well.

Zimbabwe’s Andrew Pycroft will be seen as a match referee in the first round match between Sri Lanka and Namibia in Geelong on 16th October. Joel Wilson and Rodney Tucker will also accompany him, while Paul Reiffel will serve as the TV umpire with Erasmus serving as the fourth umpire. Meanwhile, Erasmus, Tucker and Aleem Dar are all set to feature in their seventh ICC Men’s T20 World Cup

Langton Rusere will act as the TV umpire for the Super 12 round match between last year’s finalists Australia and New Zealand in Sydney on 22nd October. Kumar Dharmasena and Adrian Holdstock will be the on-field umpires while Richard Illingworth will take over as the fourth umpire.