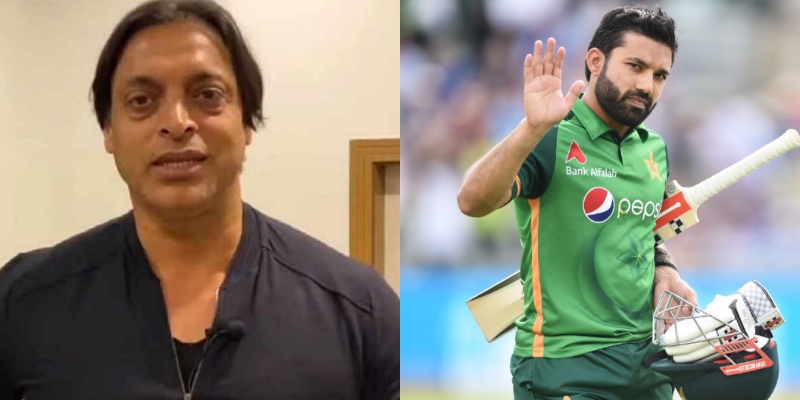 Former Pakistan cricket team fast bowler and legend Shoaib Akhtar praised and louded the Pakistan team wicketkeeper batsman Mohammad Rizwan, who played in the semi-final while was admitted in a hospital two days before the match because of severe chest pain.

Pakistan cricket team suffered a heartbreaking defeat against Australia in the semi-final 2 of the T20 World Cup 2021, but the Pakistan cricket team’s wicketkeeper batsman Mohammad Rizwan won everyone’s heart after everyone got to know that he played in the match while two days back, he was admitted in a hospital after complaining about severe chest condition.

Rizwan still played the match knowing that he is not 100% fit, but the Pakistan batsman, who has scored the most runs in T20 International cricket this year, felt like his team needed his service, thus he didn’t care about his condition and went on to take the field. He scored a well-deserved 67 runs of 52 balls.

Fans were alerted of the situation only when pictures of Mohammad Rizwan admitted in a hospital surfaced and got viral on the internet. Everyone praised the Pakistani cricketer for his dedication, including the Indians.

The picture didn’t go unnoticed from the former Pakistan pace bowler Shoaib Akhtar’s eyes. He took to the social media to loud the wicketkeeper batsman’s dedication for his team.

Shoaib Akhtar tweeted, “Can you imagine this guy played for his country today & gave his best. He was in the hospital last two days. Massive respect @iMRizwanPak,
Hero.”

Can you imagine this guy played for his country today & gave his best.
He was in the hospital last two days.
Massive respect @iMRizwanPak .
Hero. pic.twitter.com/kdpYukcm5I

Talking about the Semi-Final match between Pakistan and Australia, it was an intense match, just like the New Zealand vs England match the day before.

Pakistan put on 176 runs on the board batting first, Mohammad Rizwan and Fakhar Zaman scored 50 plus runs. In reply to which, Australia did go off to a great start scoring 52 runs off the powerplay, but then the Shadab Khan magic started, as he Pakistani leg-spinner went on to dismiss Mitchell Marsh, Steve Smith, David Warner and Glenn Maxwell, after which Australia were down to 5 wickets for 96 runs.

But then, Marcus Stoinis and Matthew Wade took control of the inning. Then in the last 2 overs, Australia needed 22 runs with Shaheen Afridi with the ball.

It all happened in the penultimate over, from the ball getting edged but didn’t carry to the keeper, from LBW review, from dropped catch by Hasan Ali, to Matthew Wade smashing Afridi for 3 back-to-back sixes to wrap it off for Australia, who won by 5 wickets.