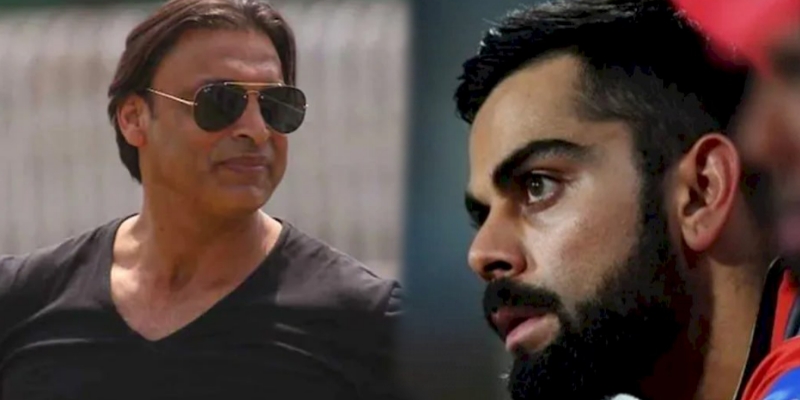 Former Indian captain Virat Kohli saw his poor run of form continue in the recently concluded Indian Premier League (IPL) 2022 season and received criticism too, however, former Pakistan pacer Shoaib Akhtar has backed him and stated that people should give him the respect he deserves.

Nothing is going right for the former Indian cricket team captain Virat Kohli. The class batsman, who was once known for scoring a century almost every other game, has been struggling for runs.

While he may had hoped for a return to form in the recently concluded Indian Premier League (IPL) 2022 season, but, things didn’t go right for him again.

While his team Royal Challengers Bangalore (RCB) reached the Qualifier 2 of the Indian Premier League (IPL) 2022 season, they were knocked out by Rajasthan Royals.

The Bangalore based franchise backed their former captain, who decided to step down from his role after IPL 2021, but things just was not right for him.

Kohli received lots of criticism as his poor run of form continues. Many cricket experts even suggested the batter to take rest from cricket for some time. However, former Pakistan cricketer Shoaib Akhtar has backed the batter, asking for people to give him proper respect.

While talking to Sportskeeda, Akhtar said that Kohli is one of the greatest player and wants him to score 110 centuries and continue playing till the age 45.

“Give him the respect he deserves. As a Pakistani, I am saying that he is the greatest player of all time. I want him to score 110 centuries in international cricket. I want him to play till the age of 45,” said Shoaib Akhtar.