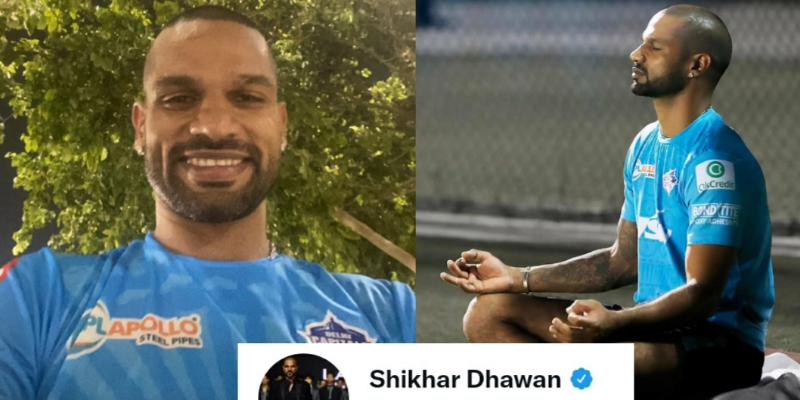 It has been a difficult few days for Shikhar Dhawan. The Indian opener is currently preparing for the second phase of IPL 2021. A few days ago, it was announced that he had not made it to the T20 World Cup squad. Meanwhile, Shikhar Dhawan’s latest Instagram story has caught the attention on the Internet.

It is been a difficult few days for the opener

Shikhar Dhawan was India’s captain in the recent tour of Sri Lanka. He was in good form and also led the team well. Dhawan has also been one of India’s best batsmen in recent IPL campaigns. Hence, it was almost confirmed that he would make it to Team India for the upcoming T20 World Cup. India anyways needed a left-hander at the top. However, the selectors surprisingly selected Ishan Kishan and dropped Dhawan. It was one of the major surprises in the team selection.

On the other hand, there are reports that all is not well in Dhawan’s personal life, too. The southpaw’s wife recent posts on Instagram have suggested that the duo is heading or have already taken divorce. Overall, it has been a tough few days for the player.

At the moment, Shikhar Dhawan is training ahead of the second phase of IPL 2021. The event will start on September 19th in UAE. Dhawan will represent the Delhi Capitals, who have started off well in the tournament. The opener has been one of the best players for the team so far. Meanwhile, he posted an Instagram story of him smiling with the caption “Keep smiling its the biggest strength anyone can have”.

This story is winning over the Internet because Dhawan is displaying courage in difficult times. Dhawan’s next priority will be to do well in the upcoming games and try to force a change in India’s T20 WC squad.