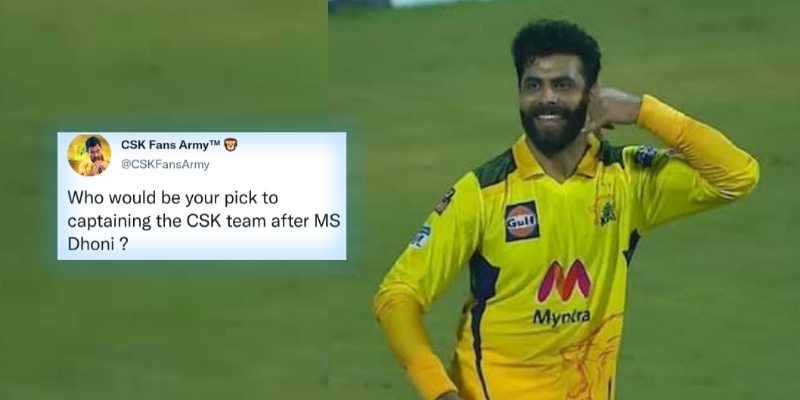 The Chennai Super Kings IPL franchise currently is captained by the one and only Mahendra Singh Dhoni. He has been the leader of the team since the inaugural edition of the Indian Premier League. However, Dhoni has retired from all forms of international cricket now. And many fans feel that Dhoni may retire from the Indian Premier League soon as well.

As mentioned ahead, Ravindra Jadeja has been an integral member of the Chennai Super Kings team. Some fans even consider that he should be the next captain after MS Dhoni. The all-rounder himself gave a hint about it today.

In a now-deleted tweet, Jadeja wrote his jersey number when asked about the next captain of the Chennai Super Kings team. You can see the screenshot of that tweet right here: