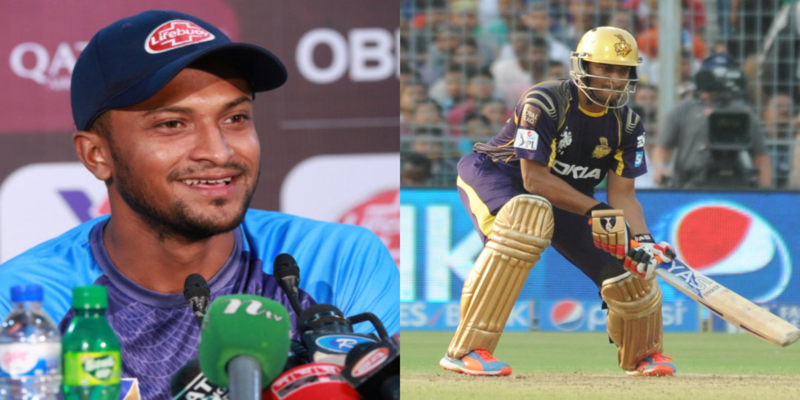 Shakib Al Hasan is a world-renowned name in the game of cricket. He is certainly one of the best all-rounders that the game has ever produced. And it will not be a wrong statement to say that he is improving year after year. However, the all-rounder has credited the Indian Premier League (IPL) for helping him to improve and also said that there would be no point in boycotting the IPL or any other T20 leagues.

Notably, Shakib went unsold in the IPL 2022 auction and was not part of the season. However, it didn’t go well with his fans. But prior to that, in 2021, he was part of the Kolkata Knight Riders who played in the finals of that season. Earlier to that, he represented Sunrisers Hyderabad in the cash-rich league.

However, the all-rounder understands the fact that, despite not featuring in the playing XI, sharing the team dressing room with some of the best in the business helped him a lot. While attending a programme in the United States, he was asked if he would play in the IPL if he will get selected for any team.

The all-rounder answered that he would definitely play because the IPL is a very big platform. The world’s best players compete in this tournament, and every player wants to play in the IPL. He also spoke on how the IPL helped him in the World Cup 2019. Shakib said that he didn’t get the chance to play in the entire 2019 season, but sharing the team with the likes of David Warner, Kane Williamson, Jonny Bairstow, and Rashid Khan taught him many things, which actually benefitted him in the 2019 World Cup.

The all-rounder added, “Had I not been in IPL, I would not have known that. I am trying to reach that level and I think IPL helped me a lot. And I got the result during the 2019 World Cup. Not just IPL there is no point to boycott any leagues.”

Despite not getting the chance to play for the whole season, he said that 2019 season helped him a lot. Notably, he ended the 2019 World Cup as the highest run-getter for his country. Shakib concluded by saying that playing in the IPL, CPL, and other leagues eventually benefits Bangladesh cricket.