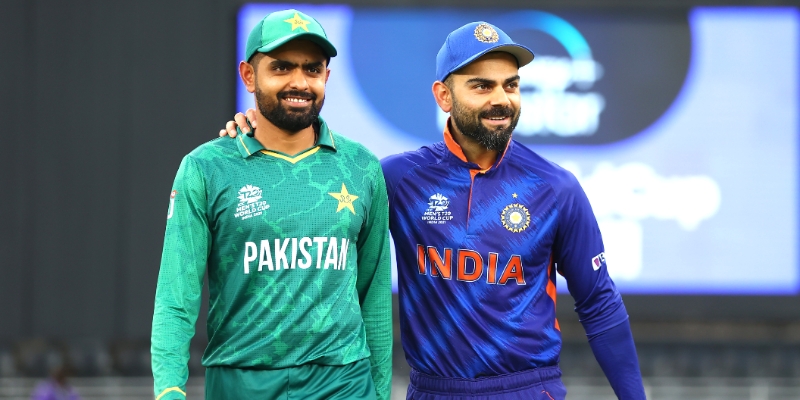 Cricket fans get excited as the cricketing action is set to take a next step, especially for the India vs Pakistan match geeks who waits to see the two teams take on each other as the teams could be facing off each other in as many as 5 matches over the next 3 months.

While India vs Pakistan is the most awaited cricket match, fans gets a very rare opportunity to witness it. Nowadays, the two countries no longer plays against each other in a Bilateral series anymore due to the political conflict between the two countries.

The two arch-rivals can only be seen competing against each other in a multi-team tournament only. However, all the waits are over as fans are set to get a full doze of India vs Pakistan action for as many as 5 times in the next 3 months, in this article, we explain how.

The first time that these two teams will face off will be in the group stages of the Asia Cup on 28th of August, as both teams are placed in same group. There is a total of 2 groups with 3 teams in each group. Top 2 from each group will then progress to the next round, the Super Four.

There again is a chance to witness India vs Pakistan. In the Super Four round, given India and Pakistan both qualify, we could have the 2nd match of the tournament between the two teams on 4th September. The 3rd time that the two teams can face off in the Asia Cup is in the final which will be played on the 11th of September, obviously given both teams qualify.

Now the 5th time that the two teams can face off is the final match of the T20 World Cup 2022, given both teams qualify for the Grand Final to be played on the 13th of November.

“IPL helped me a lot, there is no point to boycott IPL or any leagues”- Shakib Al Hasan opens up on playing in IPL
To Top