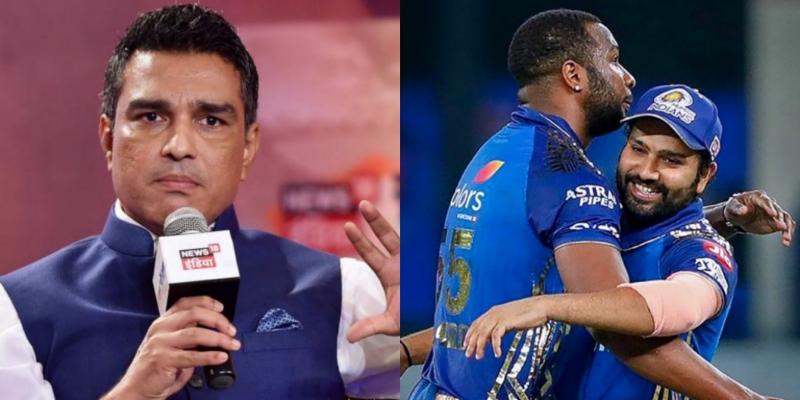 Former Indian cricketer Sanjay Manjrekar made a shocking revelation that he had earlier predicted that Rohit Sharma would hand over the Mumbai Indians’ captaincy duty to Kieron Pollard before the IPL 2022.

Indian Premier League (IPL) 2022 brought about many changes to the competition. Whether it is the inclusion of two new teams, the Gujarat Titans and Lucknow Super Giants, or legends like Suresh Raina not being part of the competition for the first in the competition’s history.

Other than, there was few more big changes, not in the competition format, but change in leadership for two of most popular IPL teams, as first Virat Kohli decided to step-down as Royal Challengers Bangalore (RCB)’s captain last year, then MS Dhoni handing the responsibility to Ravindra Jadeja just few days before the start of the league.

That was really quite shocking for the fans to digest as two of the most successful Indian cricket team’s captain decided to step-down from their role. However, former Indian cricketer Sanjay Manjrekar has revealed that he had predicted that even Mumbai Indians’ captain Rohit Sharma would also hand-over the captaincy duty to West Indies’ captain Kieron Pollard.

He revealed the same during an interview with the ESPNcricinfo. It all started when he was asked about Kieron Pollard’s performance in the IPL 2022 so far. He stated that even though he is going through a bad run of form, he still offers value to the team and had even once thought that Rohit Sharma would hand him the captaincy duty and relax a bit.

“I even thought Rohit Sharma would follow Virat Kohli’s footsteps and step down as captain, relax a little, play as a pure batter, and pass the baton to Pollard, a wonderful international captain,” stated Manjrekar.

Pollard has played in all four matches of the season for Mumbai Indians, and has only scored 47 runs. He has also contributed with only 1 wicket. As a result, Mumbai Indians is currently placed last in the IPL 2022 Points Table.