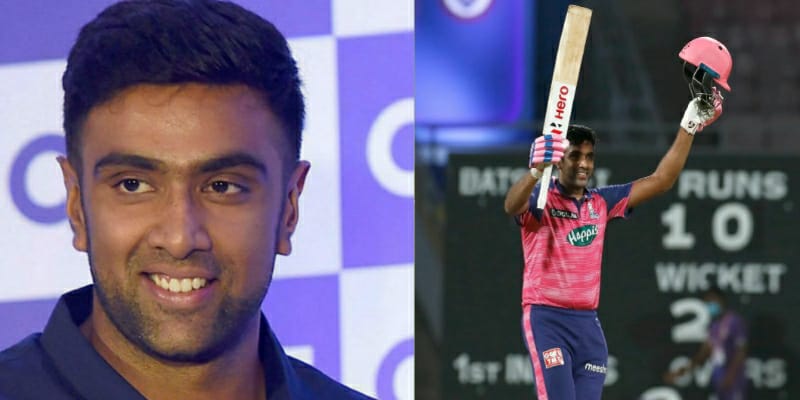 Ravichandran Ashwin is an international cricketer for India. He played domestic cricket for Tamil Nadu and the Indian Premier League for Rajasthan Royals. He bats right-handed and bowls right-arm off-break. In terms of innings played, he is the fastest Indian bowler to reach the 50-, 100-, 150-, 200-, 250-, 300-, 350-, and 400-wicket mark in Test cricket.

In IPL 2022, Rajasthan Royals have gone in with clear plans for every game. They played six batters, five bowlers and an allrounder. Everything is smooth if they have a good start, but if there’s an early wicket, they push R Ashwin up at No. 3 to extend their batting line-up and ensure their finishers don’t go in too early and as a result run the risk of being out too soon.

On Wednesday, Ashwin was promoted to No. 3, and while he started slowly, he made up for it by taking the attack to Axar Patel and racing to 21 off 13 and then 26 off 19. The plan was to continue attacking, but Yashasvi Jaiswal’s wicket in the ninth over, against the run of play, meant Ashwin had to look to bat through, which he did to bring up his maiden IPL fifty.

When questioned if he was brought in as a pinch hitter, Ashwin answered, “No, there is no license that has been provided.” “From the beginning of the season, I was informed that my purchase will be used up. We also had a couple practice games where I opened, which I really enjoyed. I’ve spent a lot of time working on my hitting, so it’s good to see it pay off on the field. The knock today gave me a fantastic feeling, but it didn’t result in a winning cause.”

Ashwin also said that they have been missing their star finisher of this season Shimron Hetmeyer who has been smashing the balls in the death overs. But yesterday Sanju Samson took the responsibility, which seemed like the proper choice given his strike rate of 192 in the death overs, but he fell in the first ball of the 17th over, prompting Royals to rethink their strategy.

Ashwin also added that they have consistently reached the 100 run mark in the 13th over, but we will know whether we are 15-20 runs short only after the innings of both sides. He also added that nothing went to their plan in the second innings and DC batters chased down this target with ease. Rajasthan Royals will need a win in the remaining two matches to secure a playoff spot.