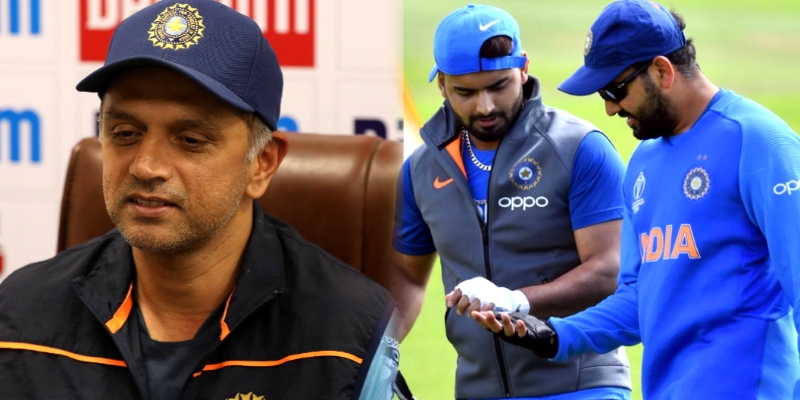 After being appointed the Indian cricket team Head Coach last year after Ravi Shastri’s stint ended, Rahul Dravid did not expected to have 6 different captain in the team within just 8 months of duty.

Rahul Dravid era began a new era in the Indian cricket as well, as the then captain Virat Kohli announced his decision to step away from captaincy in the T20I and was also later relieved from his duties as ODI captain, with Rohit Sharma taking the mantle.

Other than Rohit Sharma and Virat Kohli, Rahul Dravid has also worked with the likes of Rishabh Pant, KL Rahul and Shikhar Dhawan (last year vs Sri Lanka) as the captain of the Indian team.

KL Rahul was in charge of the team that toured South Africa earlier this year in the 3 ODIs, while he currently working with Rishabh Pant in the home series against South Africa. Other than the above mentioned names, Hardik Pandya is set to be another addition in the list, when he takes the charge of the team in the T20I series against Ireland to be played in couple of days.

Pre-match before the 5th T20I against South Africa, Dravid said that so far his job has been exciting and challenging both. He added that he had no idea when he joined the team that he would work with 6 different captains in just 8 months in his stint. But also stated that it is mandatory to manage the workload due to COVID and the number of games coming up for India.

“It’s been exciting. but it’s been challenging as well. 6 captains in the last 8 months which wasn’t the plan when I started out. But yeah, I think, it’s just the nature of the Covid-19 pandemic and the nature of the number of games we’re playing,” said Dravid to Star Sports.

As for the match, as of writing this article, the match is currently stopped because of rain and wet outfield. With both teams having 2 wins from 4 matches, if the match isn’t played, the Trophy will be shared.

As for what’s next for Team India, they take on the Ireland team in the 2 match T20I series this month on the 26th and 28th June. Note that, all of the senior and first choice Indian players are currently in England preparing for their series against England, to be played from July, thus, BCCI has named a different squad for the series, with VVS Laxman set to be the coach of the team.

“Wanted to keep wickets for India after Dhoni, but Pant came around” – former domestic player on how his career took a major turn
“Just like India” – England captain Eoin Morgan highlights similarity between England and India before series in July
To Top