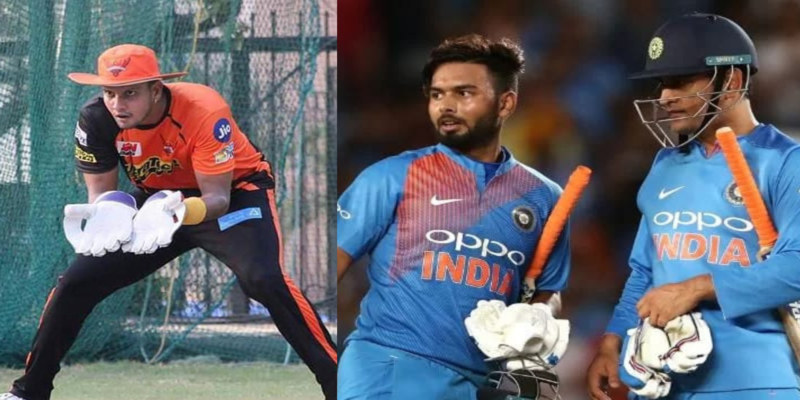 Every player who starts his cricket journey has a dream to play for his country. But only a few get the chance to represent their country at the highest level. But those who don’t succeed in playing for their nations often try to stick with a profession around and near cricket. Sometimes, they look to do coaching jobs or join broadcasting channels.

However, there are also a few players who stay close to the game of cricket and become match officials. But speaking of the Indian cricketers, there are a few who have opted for a totally different profession after their innings on the cricket field.

Eklavya Trivedi, who was born in Allahabad and made his first class debut against Rajasthan in the Vijay Hazare Trophy 2008, had chosen a totally different profession. The former wicket-keeper batsman was the highest run-scorer for UP in the Syed Mustaq Ali Trophy 2016. He scored 258 runs in 9 matches, which earned him his maiden IPL call.

Gujarat Lions signed him for Rs 1 crore, and he also played four matches in that season. But now he is a full-time lawyer. Notably, he holds the record of scoring the fastest century for UP in first-class cricket. He has scored a century off just 70 balls.

However, Eklavya has opened up on the reason of changing his profession from cricket to Lawyer. In an interaction with News18, he said that he had a few members from his family who are from law background which had helped him. He also said that his aim was to play for the country. But when he was 30 he saw that it wasn’t possible.

He said,  “See, the idea behind playing cricket was that I’ll end up playing for the country. And when I saw that slipping away as I was already thirty by that time and MS (Dhoni) was still playing and then Rishabh (Pant) was coming into the scene.”

Although, playing for a long time and leaving the field takes a lot of bravery. But the former wicket-keeper has succeeded in it. Notably, he is also in charge of Rishabh Pant’s case, where the 24-year-old was cheated by a Haryana cricketer, Mrinank Singh. The Haryana-born cricketer conned him in the name of giving him the expensive watches and phones at a cheap rate. Rishabh Pant was duped for the amount of Rs. 1.63 crore through a bounced cheque.