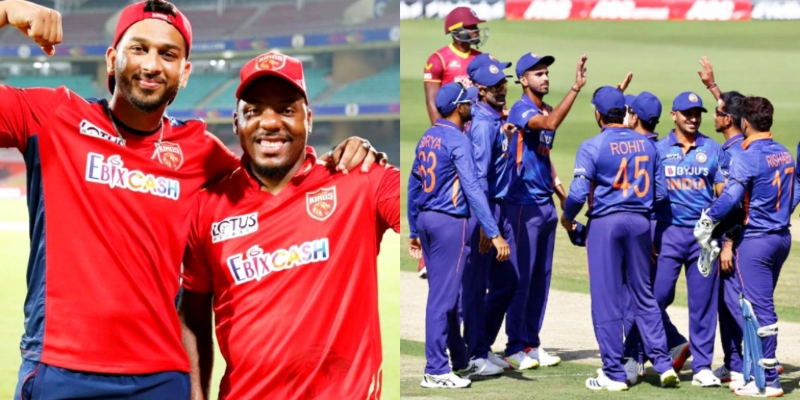 Odean Smith is one of those big names at Punjab Kings’ Indian Premier League (IPL) squad who is making headlines. The West Indies all-rounder now has revealed the name of the Indian player that he admires the most.

It has been a pretty good start to life in the Indian Premier League (IPL) for West Indies’ hard-hitting all-rounder Odean Smith. He lead his team to a stunning victory in the first match, but didn’t got the opportunity to do so in the 2nd match.

Smith has impressed the cricket fraternity after his batting display after making his International debut. He gained a lot of name in the year 2021 and played in various T20 Leagues around the world, IPL is just an addition to that.

Smith was picked by the Punjab Kings franchise in the IPL 2022 Mega Auction held in February. He made his debut in the match first of the season for the team, against Royal Challengers Bangalore, playing a Man of the Match inning of 25 runs from 8 balls, guiding Punjab chase down 206 runs successfully.

He couldn’t replicate his performance in the 2nd match against Kolkata Knight Riders and will be taking the field against Chennai Super Kings tonight. But before the match, in an interview with News18, Odean Smith revealed the name of the Indian player that he admires the most.

Speaking to News18, Odean Smith named Rohit Sharma as the player that he admires the most. To justify that, he said that Rohit Sharma is one of those players with amazing bat speed and a very aggressive batsman, which he wants to implement to his own game.

“I think that player would be Rohit Sharma. He is one of those players with (amazing) batting speed. He is a very aggressive nature,” part of his statement reads.

Odean Smith said, “Rohit Sharma is someone I’ve admired. He is one of those players with amazing batting speed. I like watching him. I haven’t really interacted with him as yet, but hopefully soon”. (To News18).

He added that he has not had an opportunity yet to speak with Rohit, but is hopeful that its not gonna be late.