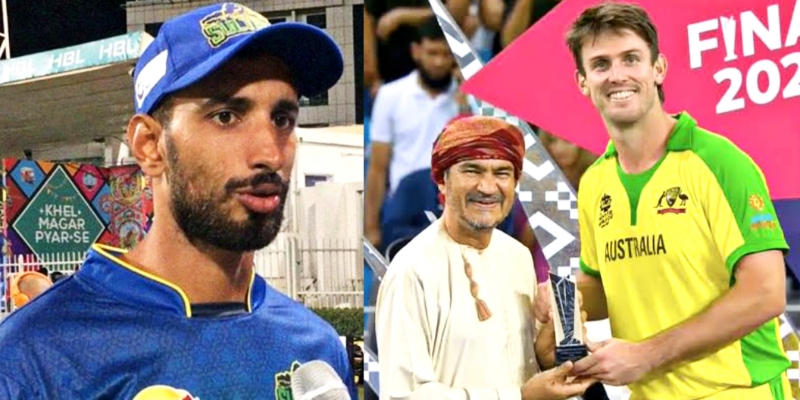 Pakistan and Pakistan Super League (PSL) side Multan Sultans’ batsman Shan Masood has named both Mitchell Marsh and Pat Cummins as the players whom he would like to see play for Multan Sultans in the PSL in future.

The historic Australia’s tour of Pakistan is set to conclude tomorrow with the one of T20I match to be played in Lahore’s Gaddafi Stadium. And before the match, the Pakistan batsman has named two Australian players he would like see play for the Multan Sultans in the Pakistan Super League (PSL).

Shan Masood was a member of the Multan Sultans squad that reached the final of the Pakistan Super League 2022, but suffered a defeat in the finale against Lahore Qalandars.

It all began when the Multan Sultans franchise posted a photo on their social media account and asked which Australian players they would like to see play for them.

Earlier, even the Australian limited overs team’s captain Aaron Finch suggested that Babar Azam should play in the Big Bash League if he is available.

As for the Australia tour of Pakistan, the Aussies got first taste of success, winning the Test series, but suffered series defeat in the One Day Internationals. There is still some action left as the one and only T20I will be played from on the 5th of April in Lahore.