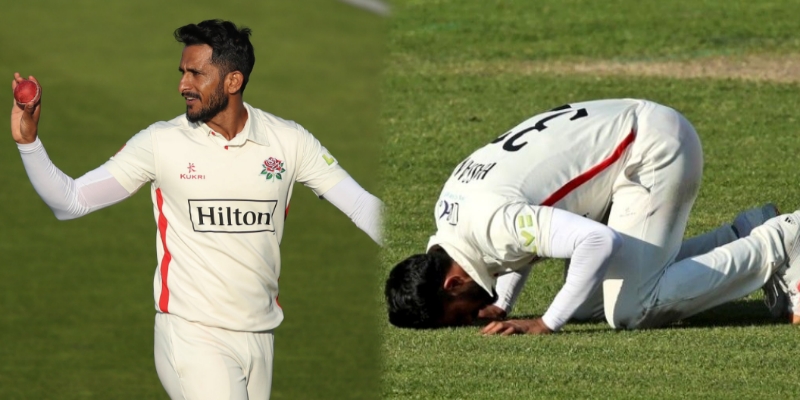 The English County Championship is world’s one of the top first-class tournament where players from around the world comes and showcases their quality, whether it is an experienced campaigner or a youngster.

Pakistan cricket team’s experienced pace bowler Hasan Ali is representing Lancashire English County Club in the ongoing English County Championship 2022 division one. He is one of many Pakistani players playing the competition.

He had a great outing on the day 1 of the match against Gloucestershire County Club for his team. The right-arm pacer was the pick of the bowler for Lancashire, taking 6 important wickets in this spell of 17 over and gave away 47 runs.

The Pakistani star bowler got the wickets of Chris Dent, Miles Hammond, Tom Lace, Josh Shaw, Jared Warner and Ajeet Dale, helping his team dismiss Gloucestershire for 252 runs at the end of their inning. Chris Dent, Ryan Higgings and Marcus Harris, all three scored fifty plus individual score, with the latter scoring the most, 67 runs.

As for his performance in the English County Championship 2022, excluding the ongoing match, Hasan Ali had picked up 5 wickets from the previous match against Kent, taking 2 wickets in first inning and 3 wickets in the 2nd inning.