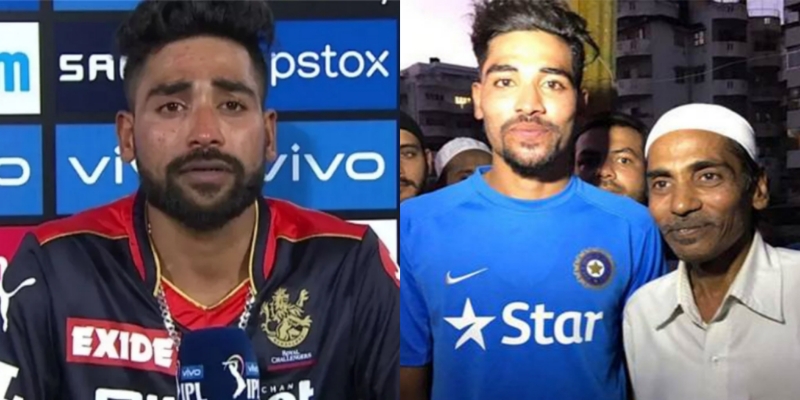 If any player’s luck has changed in the last two-and-a-half years, then it is Mohammed Siraj . Since IPL 2020, Siraj has not looked back and today he is one of the leading fast bowlers of the Indian pace attack. However, when Team India went on Australia tour of 2020-21, Mohammed Siraj was completely broken and this was the series from where Siraj showed what he could do at the international level.

When Siraj got the news of his father’s death on the tour of Australia, he was broken and feeling defeated, but do you know who had handled Siraj at that time and who had awakened the spirit of doing something in him ?

Mohammed Siraj himself has revealed the name of that person. Siraj has revealed that Ravi Shastri, who was the head coach at that time, consoled him and gave him the courage to fulfill his father’s dream.

28-year-old Siraj made the disclosure during the chat show Backstage with Boria. He said that when his father passed away, Ravi Shastri supported him as he came to him and said, ‘Look Mian, your father would like you to take five wickets on this tour.’

He added that he was very emotional, sad and shattered at that time and that he couldn’t understand what was happening. He also revealed that the team was in strict quarantine at that time.

Part 3:
He bowled superbly in Australia and England. He bowls with the same energy whether it’s the first ball of the day or last. Watch @mdsirajofficial talk about his life on and off the field.#BWB @AgeasFederal @Just_My_Roots @OfficialFanatic pic.twitter.com/llta2FrMyr

Speaking further, he said that he couldn’t understand what to do, whether he should go back home or stay there and fulfill his father’s dream. He then added that he thought that if he does go back, then he will have go through a quarantine there as well, so decided to stay with the team and fulfill hai father’s dream.

It is obvious that wherever Siraj is today, his father’s prayers are always with him and this is also the effect of those prayers. On the other hand, if Ravi Shastri had not given Siraj the courage and encouragement at that time, then perhaps Siraj would have returned empty handed from that tour.

In such a situation, Shastri’s contribution as a coach should not be forgotten. On the other hand, if we talk about Siraj’s career, Siraj has represented India in 12 Test matches and has also taken 36 wickets at an average of 29.64.